This photo of David Bowie, Tilda Swinton, and ‘Royals’ singer Lorde is adorable 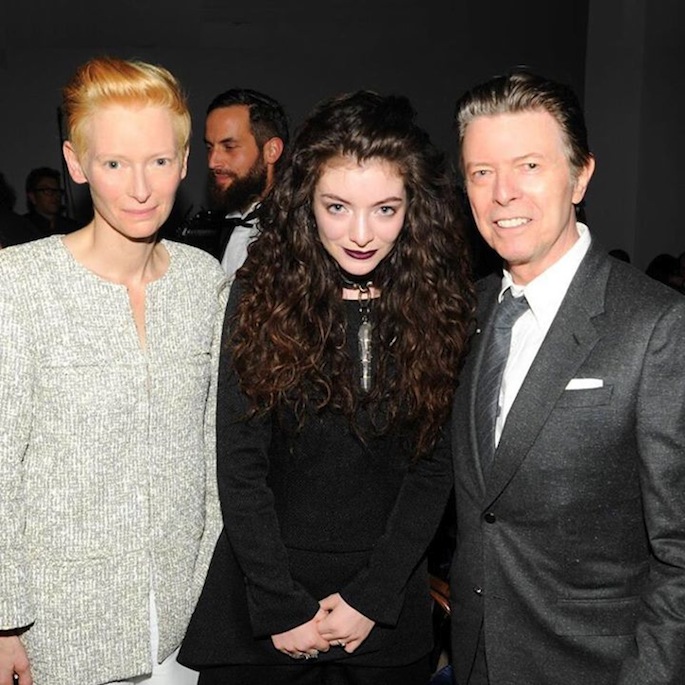 The teenaged sensation meets with icons of music and film, and looks all her seventeen (apparently gothic) years.

Lorde’s ‘Royals’ has topped the Billboard charts for over a month, and success is taking the young New Zealander to exciting places. The singer-songwriter joined a star-studded celebration of Tilda Swinton’s 53rd birthday at New York’s Museum of Modern Art, and the good people at David Bowie’s Facebook page captured the moment for posterity.

Watch the video for ‘Royals’ below, if you’ve managed to avoid the song (somehow). If that’s not your speed, ex-Sugababes Mutya Keisha Siobhan covered the song earlier this year.