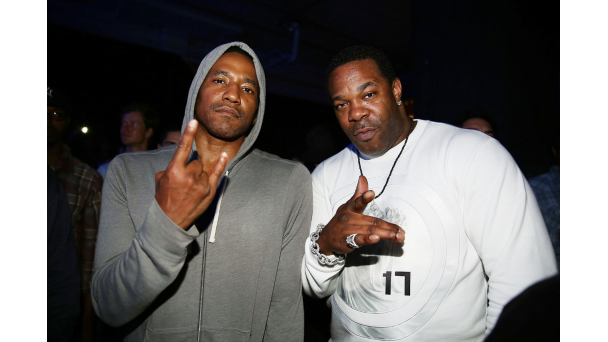 They may have become stars since their humble underground debuts over twenty years ago, but you’d be a fool to write off Busta Rhymes and Q-Tip. The pair have teamed up once again to show just how they do, and this time it’s for a bout of breathless back-and-forth rapping that evokes fond memories of the ‘Scenario’ days.

‘Thank You’ features a funky, upbeat backing track over which the pair take turns twisting heads without ever twisting their tongues. The song is taken from Busta’s forthcoming follow up to his 1998 album Extinction Level Event – The Final World Front. There’s also some hype man support from both Lil’ Wayne and Kanye West.

In related news, Q-Tip seems less than pleased with Kanye’s use of the confederate flag on the merch for his tour.