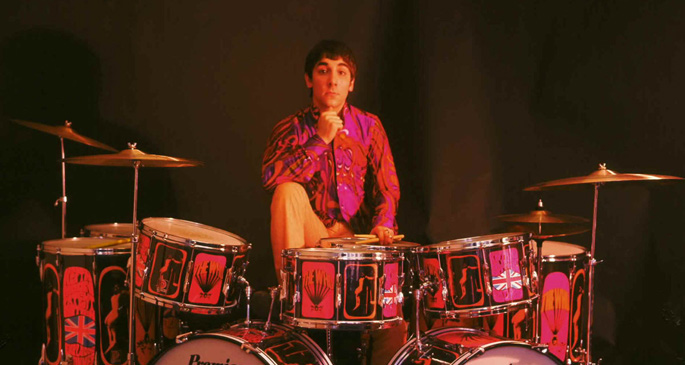 Keith Moon stands as one of the 20th century’s most revered drummers, and a musician known as much for his notorious partying as he was his skill with the sticks.

It’s hardly surprising that a biopic focusing on his colorful life has been in the work for some time now, but it might please fans to know that (according to the Hollywood Reporter at least) the film has now secured the funding it needs to move forward. The movie will be financed by Exclusive Media and Da Vinci Media Ventures, who will be assisted by The Who frontman Roger Daltrey himself.

While its still in the early stages (there’s no script, for one), the as-yet-unnamed biopic will supposedly focus on Keith Moon’s rambunctious lifestyle – one which memorably saw the drummer drive a Lincoln Continental into a swimming pool. Daltrey commented on the project, saying “The Keith Moon project is one close to my heart so I am excited to reinvigorate it and grateful to Wendy, Toby and Da Vinci for their enthusiastic support,” which doesn’t tell us much, but we’re still glad he’s involved. [via Consequence of Sound]