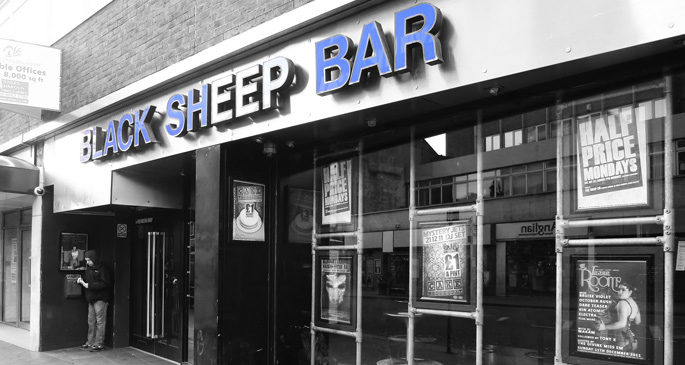 Croydon is probably best known for being the dubstep ground zero back in the genre’s early days, but since then the South London borough has fallen on harder times.

Popular local club and live music venue the Black Sheep Bar has now closed its doors, despite support from the local music community. While the owners Paul Bossick and his father Harry Bossick haven’t spoken out about the closure, Stephanie Darkes, who had handled PR for Black Sheep Bar used Twitter to air her thoughts, saying “It’s a sad day for Croydon.”

Dubstep first-waver Plastician echoed these sentiments, saying (also via Twitter) “Black Sheep was the only venue worth venturing to for years and now it’s gone.” He added “I’ve sat in on council meetings before about what needs to be done for Croydon’s nightlife. Waste of time!” [via Croydon Advertiser]