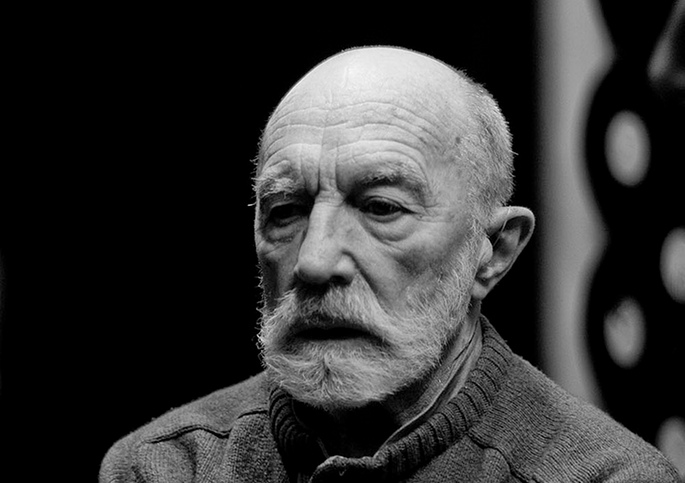 Parmegiani belongs to to the same pantheon as Luc Ferrari and François Bayle – groundbreaking French composers, operating in the orbit of musique concrète figurehead Pierre Schaeffer, who helped clear the ground for the following half-century of appropriative musical practice. He passed away earlier today, age 86; a cause of death has yet to be officially confirmed.

Parmegiani began his creative life working as a sound engineer for French television (although, famously, he also spent time training as a mime artist with Jacques Lecoq) in the late 1950s. Having caught the attention of Schaeffer, he enlisted at the GRM – a notable hub of composers investigating the burgeoning field of musique concrète, and the epicentre of European electronic music practice at the time – and began working as a composer proper.

After an exploratory 1960s (see free jazz-inspired tape piece Jazzex), Parmegiani’s work came into its own in the 1970s. The decade saw him produce his definitive work, 1975’s De Natura Sonorum – an ingenious juxtaposition of natural and synthetic sound sources, and undoubtedly one of the most important pieces in the history of electroacoustic music. Subsequent compositions of note include 1977’s fluent sound collage Dedans-Dehors, sprawling mid 1980s work La Creation du Monde, and a string of computer-based compositions (Rouge-Mort, Exercisme 3) in the 1980s and 1990s. His many compositions over five decades include works with dance, theatre and performance art groups, and, despite his advanced years, he kept composing well into the new millennium.

His work has been collected numerous times in recent years: 2008’s INA’s comprehensive 12xCD L’Oeuvre Musicale set remains the standard bearer, and Editions Mego gave De Natura Sonorum its first ever vinyl reissue earlier this year as part of their GRM-centred Editions GRM sub-label. Enthusiasts include Autechre and Scanner, the latter of whom has already paid tribute on Twitter.

De Natura Sonorum is available to stream below.