The guitar that Bob Dylan went electric with set for auction 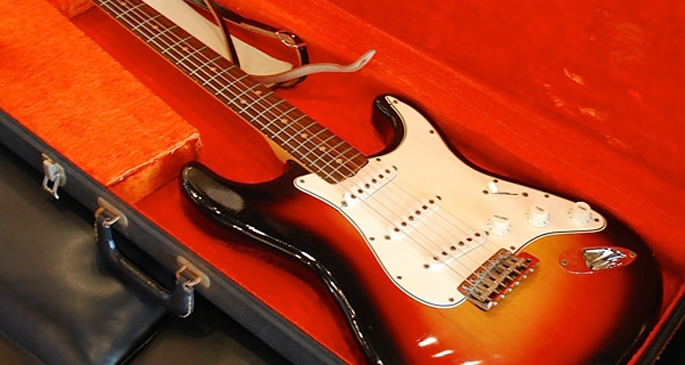 Another Side of Bob Dylan.

When Bob Dylan switched his allegiance from acoustic folk to then-controversial rock ‘n roll, many fans were up in arms and felt as if the popular folk hero made a huge mistake. It’s hard to understand exactly how polarizing this move would be these days, but imagine if Jay Z decided to pen a country album, and you might have some idea.

The transition was made public at the 1965 folk festival, not the obvious platform when you’re flipping the bird at the folk scene, and the focal point was Dylan’s sunburst-finish Fender Stratocaster, which he brandished for three songs. As historical instruments go it’s up there with the best of ’em, and now it’s set to be auctioned in New York.

The auction will take place on Friday, and the legendary axe is expected to fetch up to $500,000, not bad for a chunk of musical history that’s been sat in a New Jersey home for the last 50 years. Dylan had left the guitar on a plane piloted by Vic Quinto, and his daughter Dawn Peterson is the current owner. Peterson said that her father attempted to get in contact with Dylan’s management to find out what to do with the instrument but never received an answer, a point which was recently the focus of an undisclosed legal settlement between Peterson and Dylan.

Interestingly, the Fender Strat was authenticated thanks to PBS television show History Detectives, and Rock ‘n Roll Hall of Fame consultant Andy Babiuk managed to confirm it was indeed Dylan’s guitar thanks to the distinctive woodgrain. [via The Guardian]