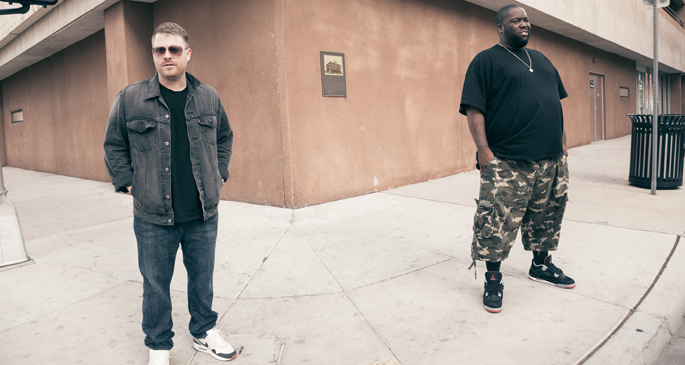 Run the Jewels are back again, this time accompanied by superproducer Dave Sitek.

Sitek (who it was recently announced was producing the entire new Kelis album Food), has reworked El-P and Killer Mike’s ‘Sea Legs’ and has done a damn fine job of it. Stripping away El’s signature dusty rhythms and drunken synths, Sitek has thrown in his own clattery percussion and a set of chunky, cavernous 8-bit sounds that blend effortlessly with El and Mike’s traded rhymes.

The remix has been snipped from Run the Jewels‘ European release, which will be out on January 13 and feature three new tracks. [via Pitchfork]

Take a listen below, and check out Laurent Fintoni’s in-depth (and very funny) interview with the two rap veterans here.