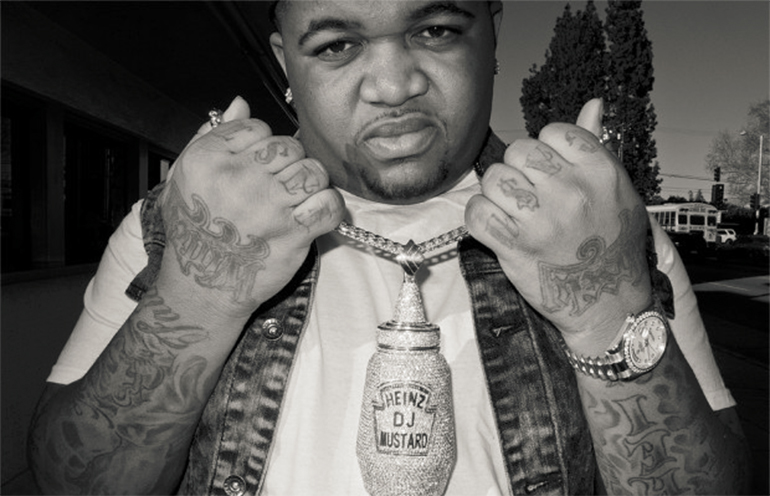 Listening to the deluge of mixtapes and free mixes from hip-hop artists and electronic producers alike is often an insurmountable task. That’s why we scour Datpiff, LiveMixtapes and beyond each week, separating the wheat from the chaff.

For our first round-up of 2014, we’ve collected the tapes that might have fallen through the cracks over the holidays along with a handful of the week’s finest offerings. We’ve covered our hip-hop bases (including efforts from a few of our rappers-to-watch) and thrown in some industrial and noise-pop for good measure. 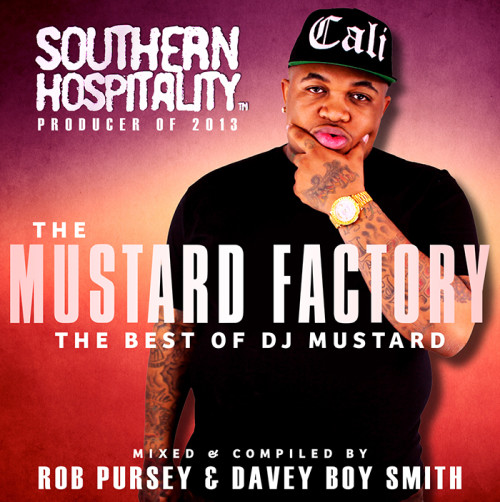 Yeah we know, DJ Mustard has become quite the fixture around these parts, but there’s a damn good reason for it. Mustard’s skeletal ratchet productions dominated in 2013, and Southern Hospitality in their infinite wisdom have stitched together a handful of the L.A. staple’s finest for our listening pleasure.

If you’ve kept up, there are plenty of tracks here you’re likely to have heard before – Tyga’s ‘Rack City’ for instance was unavoidable when it dropped in 2011 – but for every ‘I’m Different’ and ‘R.I.P’ there’s a drop that’s likely to have passed you by. Basically, Southern Hospitality have just compiled a tape that’s unashamedly great fun, and further reason why you should have a habit of instantly clicking play on anything with DJ Mustard’s name on it, whether it’s T-Pain or TeeFlii. 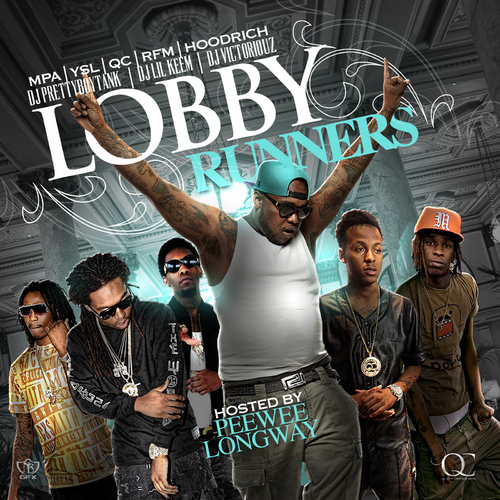 Your weekly compilation of Atlanta rap (released on the heels of DJ Esco’s No Sleep), Lobby Runners caps off breakthrough years by Young Thug, Migos, PeeWee Longway and more. Roughly split between new tracks and previously-released ones, the tape finds Atlanta’s newest stars collaborating freely and having a blast: Migos and Young Thug team-up on the bouncy, lounge-leaning ‘YRN’ (not to be confused with Migos’ track of the same name), Thugger and Peewee Longway trade verses on ‘Breaking My Wrist’ and ‘Like A Thug’, and so on.

Elswhere, Migos are up to their usual tricks on the string-laced ‘Ounces’, Young Thug wiles out on ‘Laugh’, and the underrated Peewee Longway shines on ‘Sneakin & Geekin’ and a remix of Future’s ‘Honest’. As far old material, Thug’s singles ‘Danny Glover’ and ‘Stoner’ are always worth a spin, as his his collaboration with Rich Homie Quan. Jose Guapo closes the tape with the mournful ‘Fortune’, showing just how deep the well of talent in the “New Atlanta” is. 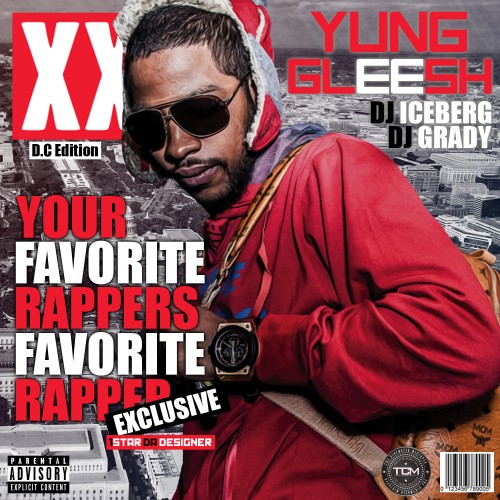 Your Favorite Rapper’s Favorite Rapper picks up where acclaimed street album Aint Shit Changed left off, again finding Gleesh slurring over a set of near-twee backdrops from the usual suspects (Zaytoven, LoKey, KE on the Track and more). He even inexplicably manages to hook up with Swedish #sadboy Yung Lean for the surprisingly decent ‘It’s Sad Boy’ – it shouldn’t work, but Gleetchie sounds surprisingly at ease wailing over Yung Sherman’s eerie beat and Lean doesn’t cause irreparable damage. The real winner here is the sickly ‘Shit On You’, with takes Future’s well-worn Pluto blueprint and dunks in in a bath of liquor. Your Favorite Rapper’s Favorite Rapper is a smart, tight statement of intent, and shouldn’t be underestimated. 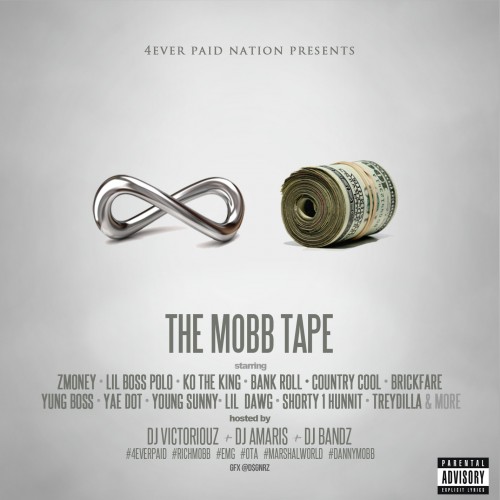 There’s a damn good reason why we featured Chicago’s ZMoney in our recent list of rappers to watch in 2014 – the young rapper is one of his city’s most impressive recent breakouts. The Mobb Tape is ZMoney’s attempt to reign in his 4Ever Paid Nation with a bumper compilation of new and old tracks from Lil Boss Polo, Lil Dogg, YB, Brickfare, Country Cool and of course ZMoney himself.

Thankfully it manages to just as hard as either of last year’s solo drops, and while ZMoney appears on the majority of the cuts, it shines a light on plenty of the rapper’s lesser-known associates. Brickfare’s ‘Flex Out’ is a jubilant, brittle autotuned anthem, ‘Umma Dogg’ twins Country Cool’s fresh-faced rhymes with a beat that wouldn’t sound out of place on an AFX record and KO the King’s ‘Winning’ shows that 4Ever Paid Nation can beat Brick Squad at their own game. It’s sterling stuff from beginning to end and a slick start to 2014. 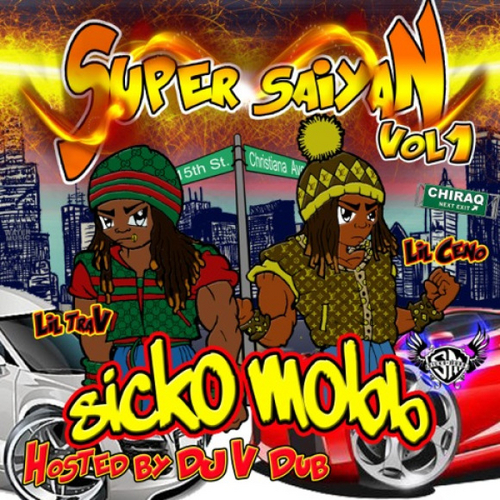 “We don’t juke no more, we boppin’,” proclaims DJ V Dub at the beginning of Sicko Mobb’s debut mixtape, Super Saiyan Vol. 1. Bop, for the uninitiated, is the Dayglo-and-Autotune party rap-cum-dance craze that has cropped up in Chicago over the last year, seemingly replacing drill and juke as the favored sounds of the city.

Brothers Lil Ceno and Lil Trav are basically the Migos of bop, with a handful of local hits to their credit. The Dragon Ball Z-inspired mixtape collects highlights ‘Fiesta’ and ‘Lamborghini Girl’ alongside a couple tracks that benefit from high profile Chicago co-signs: Twista’s rapidfire flow is perfectly suited for ‘Bitches N Bikinis’ feat Twista, and even Lil Durk speeds up things for ‘In My Maserati’. Start with those tracks; the playground chants and hyperactive, major-key beats are destined to be polarizing, and you’ll know where you stand on Sicko Mobb (and bop) almost immediately. 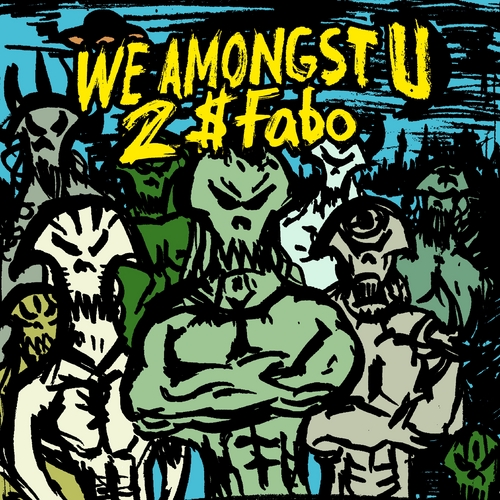 2$ FABO
WE AMONGST U

2$ Fabo is best known for being a member of D4L, the snap rap outfit behind 2005’s line-in-the-sand hit ‘Laffy Taffy’. The rapper/singer who churned out tracks about getting geek’d and seeing spaceships in Bankhead certainly influenced Atlanta’s rap scene, from Gucci’s predilection for ecstasy to Future’s space cadet warble to Young Thug’s straight-up weirdness (Thugger even namedrops Fabo on ‘Stoner’) — to say nothing of snap’s influence on DJ Mustard’s ratchet music.

On We Amongst U, Fabo has returned from relative obscurity to press his sing-song flow (and his pained “oww” ad-lib) in service of tales about what actually happens when you pop as much molly as your songs say you do. Fabo (sounding a bit like Kevin Gates), lays it out on ‘Catch Me On Dat Molly’: “It’s insane / When I don’t remember my name, I close my eyes and I deal with this pain / And I bite on this chain.” He’s similarly urgent and honest on ‘I Can’t Get Enough’, his “I can’t feel my legs / I can’t breathe right now” lyrics sounding far from celebratory. Except for ‘How The Fuck Did I Get Here’, the songs play less like cautionary tales than as honest portrayals of the club-drug lifestyle. We Amongst U is a solid (if overlong) offering from one of the ATLiens responsible for rap’s current flavor. 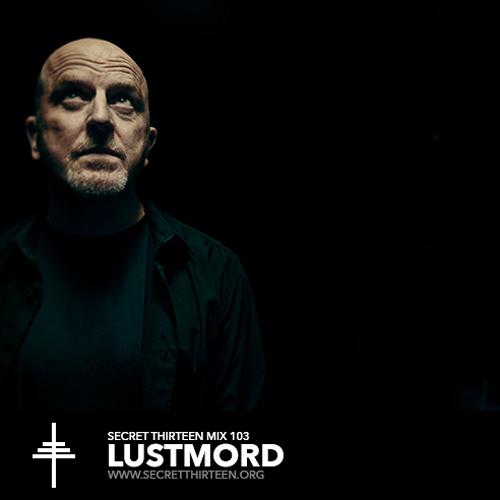 Trust dark ambient pioneer Lustmord (aka Brian Williams) to gift us such a gruesomely enjoyable treat only one week into the year. Well, it is his birthday after all – Williams has just turned 55 – so we can celebrate in style with this clamorous excursion into the gloomy reaches of the Lustmord vaults. Any mix that begins with Jerry Goldsmith’s sublimely creepy Alien theme already gets two thumbs up in this column, but Williams manages to follow that up with material from Angelo Badalamenti fetishists Bohren und der Club of Gore, Rhythm & Sound, Fever Ray (really), and Augustus Pablo, with plenty of room for obscurist weirdness in-between. Don’t even think about it, just download and let yourself fall into a deep, nightmare-ridden sleep. 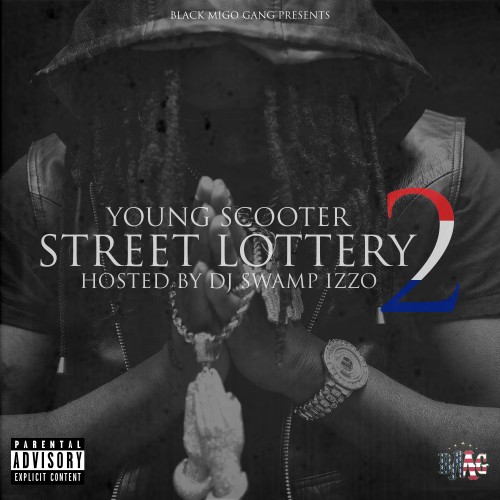 Young Scooter’s Street Lottery was a breath of fresh air, and a reminder in early 2013 that Atlanta had snatched the throne with good reason. ‘Colombia’ remains one of the year’s most unforgettable anthems, and understandably there’s been plenty of hype surrounding the tape’s inevitable sequel. Sadly, Street Lottery 2 sorely lacks its predecessor’s rapid-fire succession of street hits, and somehow manages even to have lost Scooter’s commanding sense of authenticity.

Scooter’s the real deal – he spent a good part of last year behind bars – but Street Lottery 2 sounds like a rushed concession to fans with a litany of guest appearances to nudge up the YouTube hits. It’s not bad by any means, but a brace of weedy Zaytoven beats don’t exactly make it essential listening – let’s hope Scooter gets his mojo back on the inevitable third installment. 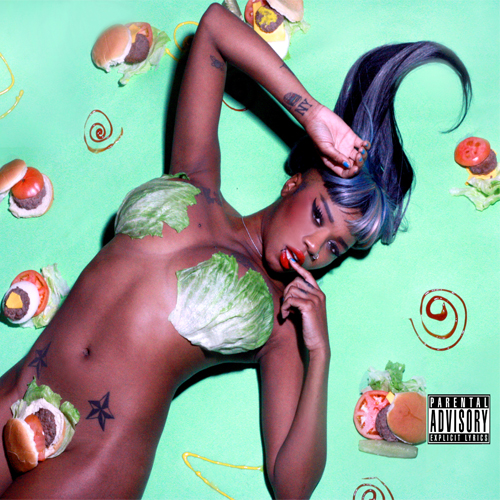 DAI BURGER
IN YA MOUF

Queens-born, Brooklyn-based Dai Burger is the latest in a new wave of raunchy female rappers (think Brooke Candy, Junglepussy, etc.), and she’s the first out the gate in 2014 with In Ya Mouf. Her Tumblr-born aesthetic (including her burgers-meets-seapunk cover art) might remind some of Azealia Banks, but hopefully that’s where the similarity ends.

With production split between Shane Augustus and Baltimore club standout Mighty Mark (formerly Murder Mark), In Ya Mouf alternates between synth-and-808 rap slappers and club-ready jams; there’s even a bit of R&B on ‘Retarded’ and ‘Save It’. Throughout, Dai sticks with explicit, food-first sex boasts, so while the lyrics are a bit one-note, the stylistic switch-ups are enough to keep it interesting. At just north of a half-hour, it’s the perfect warm-up for a night out. 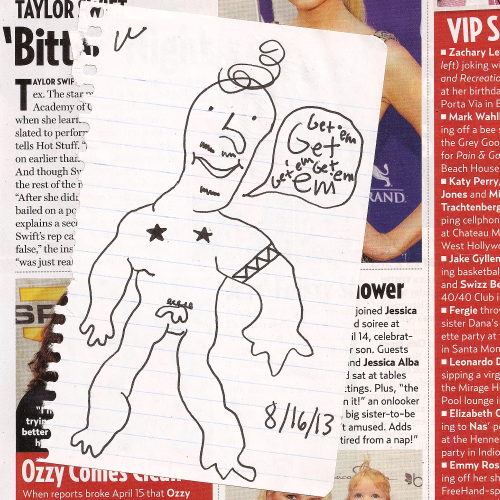 As Wise Blood, Pittsburgh-based noise-pop artist Chris Laufman works extensively with sample loops, many of which are difficult or possible to clear. The eight-track Get ‘Em is comprised of such material: analog-processed reworkings of CD and YouTube samples leftover from last year’s Id LP.

Commingled with clips of everything from Batman video games to sports broadcasts are Laufman’s side-eyed bluesman ballads and off-kilter hip-hop beats. ‘U.H.F.’ is a channel-flipping nightstalker reminiscent of Id’s ‘Rat’, whereas ‘Tricky’ takes Drake and Kanye samples to a twisted carnival and ‘Helter Shelter’ sounds like early 90s AOR. “I watched my cousin download a movie on an iPad, watch it on the T.V. then [record] some of the movie for a Vine,” he tells Fader of the inspiration behind the mixtape. “I like that the original material is literally traveling from device to device and then ending up back where it started, but now it has some fucking mileage on it.”