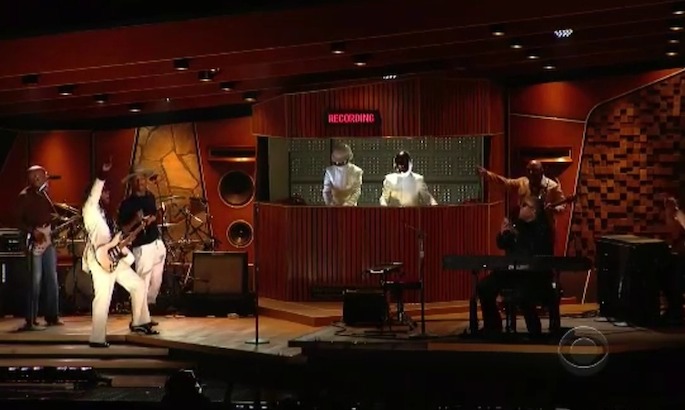 At last night’s Grammy Awards ceremony, Daft Punk took home trophies for Album of the Year and Record of the Year, among others. They also were part of the night’s most-anticipated performance, with Stevie Wonder, Nile Rodgers and Pharrell Williams.

Visual effects artist Jim LoGiudice has shared some behind-the-scenes photos of the making of the mock studio set on his Tumblr. Apparently, the gold mirror mixing console worked and was played live.

“Check out the old school audio equipment integrated into the set,” LoGiudice writes. “The recording booth is patterned after the “Mother” space craft control room from the movie Alien.” Check out a couple of the photos below and the rest at LoGiudice’s Tumblr. 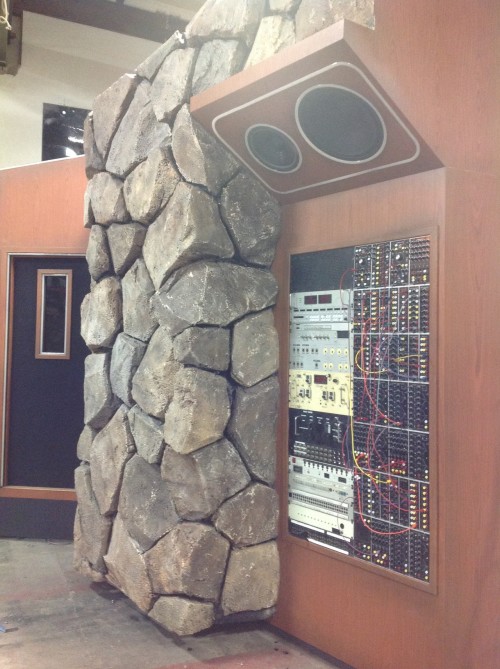 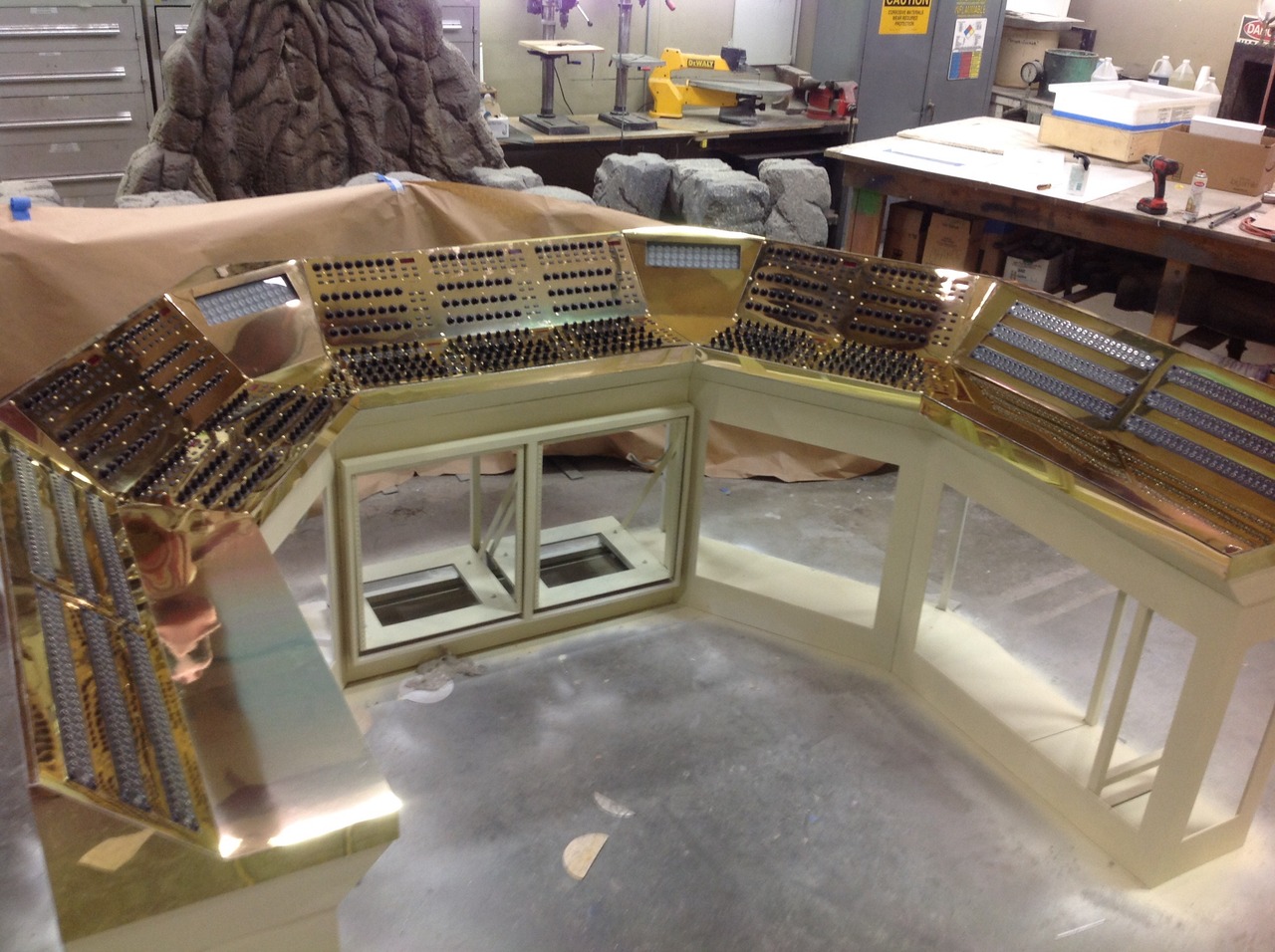