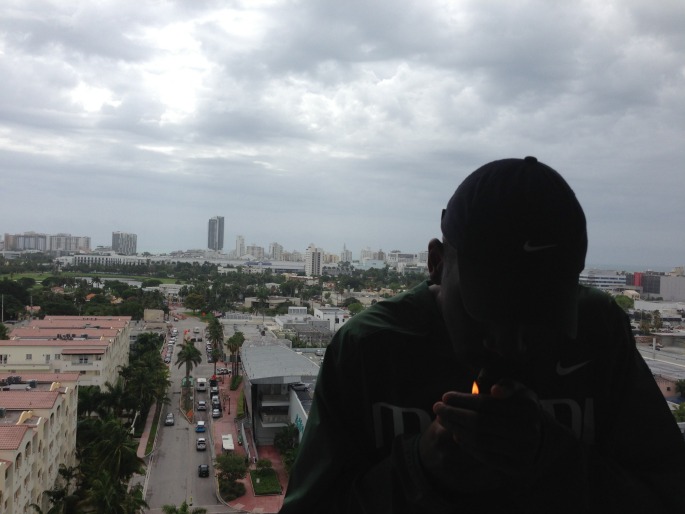 Some weeks, whittling our list down to only ten picks is an uneviable task; sometimes, we’re happy to find just enough offerings that make the grade. This week is one of the latter; thankfully, Dean Blunt, Jerome LOL, and Chicago’s nascent bop scene are here to pick up the slack (with an honorable mention to Mumdance, whose latest Rinse set we came across just at press time). 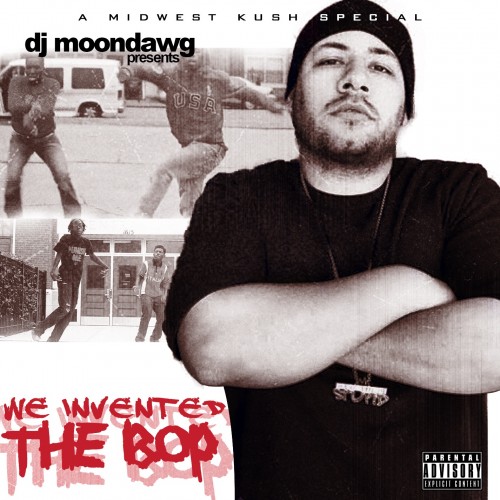 DJ MOONDAWG
WE INVENTED THE BOP

If you’ve been keeping an eye on Chicago recently (or even on this column) you’ll probably have heard at least a couple of mentions of “bop.” Another sound to burst from a local dance craze, it’s on the cusp of breaking out of its Windy City confines and achieving national (or even international?) domination. Don’t believe us? Well the scene’s brightest hopes Sicko Mobb just inked a lucrative deal with Sony, and one of the dances – the DLow Shuffle – has already gone viral, even mainstream U.S. TV host Steve Harvey’s at it.

Understanding that the sound was beginning to seep through the cracks, veteran Chicago radio spinner DJ Moondawg has put together a veritable who’s who, shining a spotlight on some of bop’s biggest hits and shoehorning in some exclusive cuts for good measure. That means we’ve got Sicko Mobb’s ubiquitous ‘Fiesta’ alongside fresh drop ‘Zoom Zoom’ and Lil Kemo’s popular ‘Kemo Step’ and D-Low’s ‘Dlow Shuffle’ (both crucial bop anthems) next to King Deazel’s ‘Crackin’ and ‘Spaz On ‘Em’.

For newcomers not used to bop’s wanton collision of rattling toms, slurred Autotuned hooks and tinny cellphone melodies it might be jarring at first, but don’t give up hope. It’s a (usually) vivid fusion of footwork’s manic energy, drill’s drunken attitude and… err… Billboard dance pop that joins the dots between Chicago’s surplus of microgenres. Trust us when we say that you’re going to hear a lot more bop before 2014 is done. 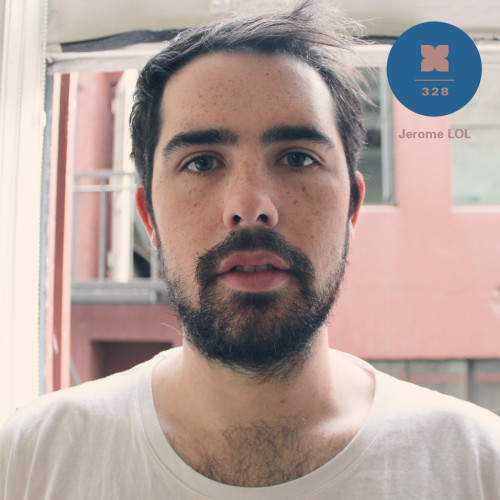 Our friends at XLR8R have followed up last week’s excellent Actress podcast with a set with another stellar set, this time from Body High co-founder / ex-LOL Boy Jerome LOL. “I don’t find myself listening to new music anymore,” he told us last year. “There’s good new music, but there’s such great old music that hasn’t been discovered.”

True to his word, this latest set is a hazy, laidback journey through his crates, with one eye firmly in the past: decades-old jazz co-mingling with Miley Cyrus and Baauer & RL Grime, Kraftwerk next to Soulja Boy (or at least Ester Dean’s hook on ‘Grammy’). There are disco-rinses of Justin Timberlake favorites, a Disney soundtrack throwback, and and a cut from (and a remix of) his excellent Deleted/Fool EP — itself a concise example of Jerome’s jazzy, lovelorn approach to house music. 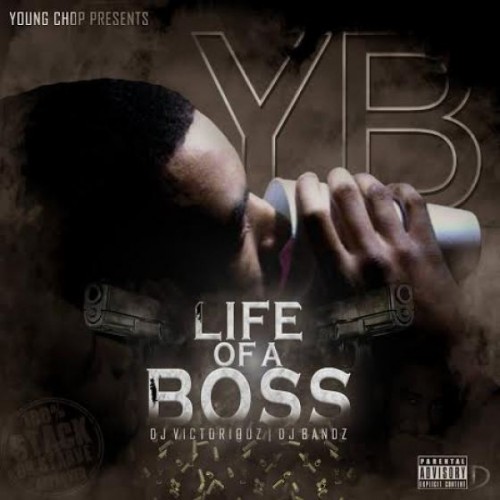 YB
LIFE OF A BOSS

Chicago’s YB is a member of Young Chop’s 8TMG crew, and like compatriot Johnny May Cash, he traffics in downcast, Auto-Tuned rap paired with Young Chop’s drill-and-beyond beats. With a confessional honesty that borders on depressive, YB lays out his concerns about a life that includes too much money, driving too fast, and partying too hard. His “money and drugs / that’s all I love” pronouncements sound hollow, and he’s more explicit on ‘Roll Wit Me’, wondering aloud “what the fuck is wrong with me?”

There are moments of telling introspective that separate him from some of the often-anonymous drill scene: “I pull up in that ride / that pistol by my side / I don’t really want to fight,” or even “I wonder, damn right I wonder / how the fuck Imma get this money / I ain’t getting no younger” — a sobering sentiment from someone who’s probably on the right side of 25. Sonically, Life of a Boss finds Young Chop looking for a way forward from the sparse sounds of drill; ‘All I See is Green’ is like a bop track at a half-speed pace, and YB, Johnny May Cash, and even guest rapper Fat Trel make it work. 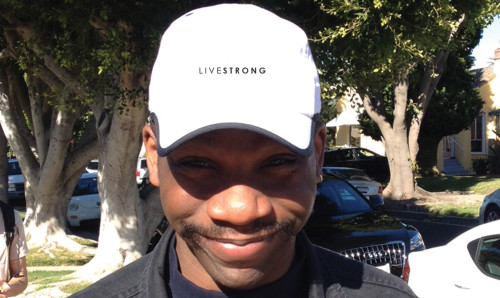 If you’re expecting a proper follow-up to last year’s exemplary The Redeemer, it might be best to look away now. Skin Fade is, almost typically, totally different from its predecessor, even though we find Blunt yet again joining forces with folk singer Joanne Robertson. Robertson’s voice anchors the material certainly, but it’s not as if Blunt would bore us with anything resembling a “real song.” Even though there are fragments we can grab on to (Cocteau Twins-esque shimmering guitars, rattling Cabaret Voltaire-style drum machine loops, Harold Budd-esque piano) everything is melted into a delicious, slightly manic slop. Blunt recently revealed that he would no longer be working with former record label Hippos In Tanks, and if that means we can expect more impromptu ‘mixtape’ style drops like Skin Fade then we’re all winning.

Miami veteran Young Breed is part of the Rick Ross-founded Triple C’s collective that also features Gunplay and Torch. His latest offering, Seven Tre Chevrolet, only briefly lives up to the woodgrain-grippin’ leanings of its title (like on the soulful, trunk-rattling title track and slow-and-low ‘Still 305’). Mostly, the mixtape is another collection of MMG-styled trap rap: the gun-cocking, 808 Mafia-produced ‘Game Over’, which features Ross and new MMG member Fat Trel, along with tracks like ‘Elevators’ and ‘Bout Whatever’.

Included are a couple cuts from the crew’s Self Made Vol. 3 compilation, including ‘Lay It Down’, which benefits greatly from Lil Boosie’s feature. There are also a few changes of pace: the pneumatic ‘Fuk Em’, the downcast ‘Help Me’, and soul-sampling ‘Give Her What She Wants’ are welcome respites from the type of fare that we’d expect from MMG’s other mixtape this week, the second volume of Priorities. 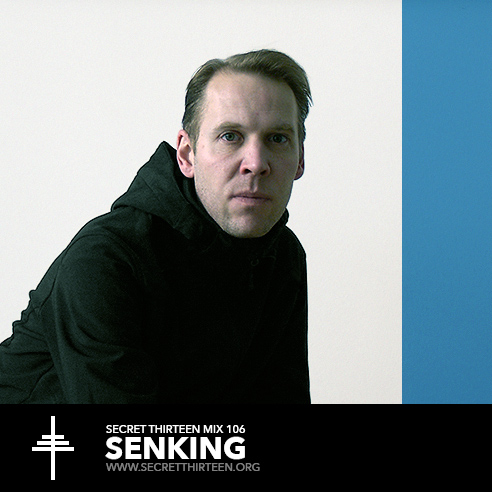 Secret 13 is on a roll at the moment. After astonishing with a phenomenal collection of grim missives from dark ambient pioneer Lustmord, we’re now launched back into the murky depths with this hour-long exploration from Raster Noton’s Senking (aka German producer Jens Massel). Opening with a mash-up of Badalamenti fetishists Bohren & Der Club of Gore and Ralph Stanley’s recording of American folk standard ‘O Death’, Massel makes the mood of the mix very clear immediately, yet doesn’t allow himself to get mired in one particular genre or other. He shoehorns in J Dilla (’01’s lesser-heard ‘Fuck The Police’, no less), drum ‘n bass heavyweights Source Direct, rock droners Melvins, Death Grips and Billie Holiday, yet it still just about manages an air of coherence. We’re not sure how Massel managed to make it work, but we’re glad he did. 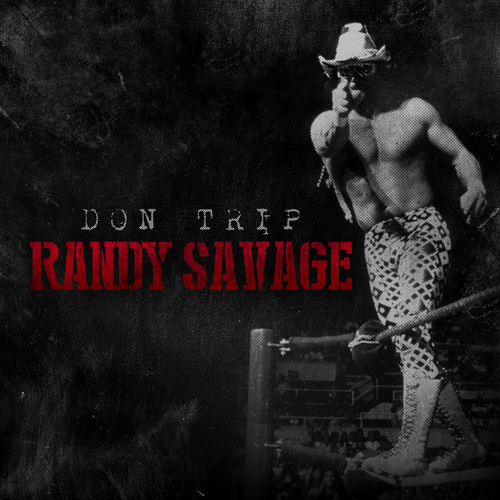 Memphis rapper Don Trip is probably best known for his excellent pair of Step Brothers collaborations with fellow Tennessee son Starlito, and Randy Savage is his latest attempt to show he’s just as capable of going it alone. Trip fights hard too – opener ‘Randy Savage Intro’ shows off the rapper’s thirsty, grizzled rhymes well, and ‘Mojo’ – which boasts a memorable hook from Memphis kingpin Juicy J – almost sounds as if it could nudge into the mainstream if the stars aligned correctly. Sadly Trip is still in the shadow of Starlito – the Cashville Prince pops up on ‘Road Warriors’ (the tape’s indisputable high point) and adds a necessary dose of narcotic charisma that serves as a reminder of why the Step Brothers tapes (especially the first installment) felt so effortless. 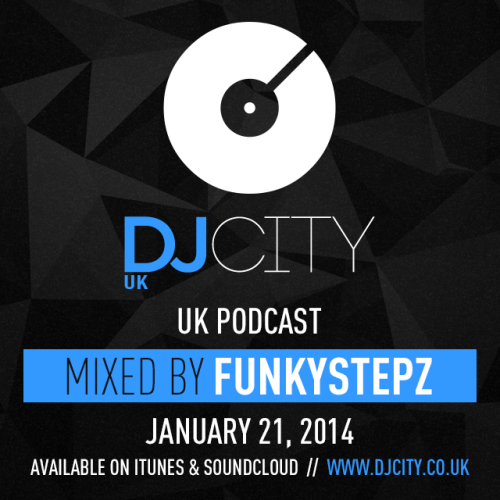 London garage/funky collective Funkystepz return with a mix of “100% Fresh new Funkystepz tracks, and as expected, its a heart-pumping, pre-club / workout session. Highlights include a requisite remix of Brandy’s ‘I Wanna Be Down’, a bassline version of Dre’s ‘Next Episode’, and a chipmunked, Miami bass take on Drake’s ‘Motto’. No crate-dug secrets or hidden meanings here, just 45 minutes of fun. 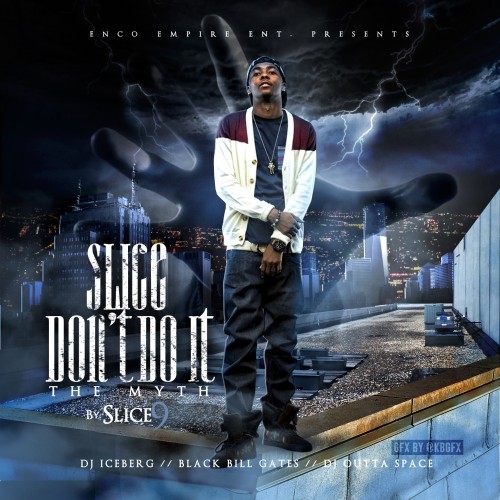 Freeband Gangster Slice 9 is another disciple of Future who’s churning out standard issue “New Atlanta” rap: the synth-swept ‘Options’, the R&B-leaning ‘Just A Day’, and the bounce-influenced strip club anthem ‘Work’ hit the usual buttons, if not much more. The mixtape benefits when producers are allowed to play outside the sandbox: ‘YNP’ (aka “young n*gga problems”) features a surging beat by Atlanta risers FKi, while Chophouze takes the gasping ‘Disclaimer’ to the funhouse.

Slice 9’s breakthrough single ‘Another One’ shows up as a remix featuring B.o.B. and Young Dro; it’s a bubbly ringtone rap that benefits from having Future on the hook. Elsewhere, stick with ‘My Time’ long enough and Young Thug shows up to literally spell-out “pimp time,” and the Jersey-meets-jungle club remix of Future’s mixtape cut ‘Killin’ It’ is — probably to Slice’s chagrin — the most interesting moment here. 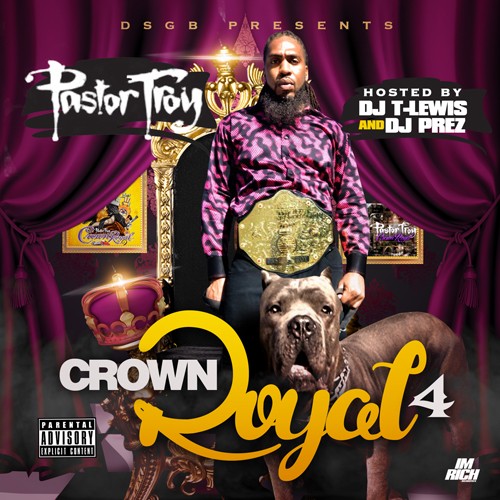 Pastor Troy’s been playing the game longer than most. Originally affiliated with Southern superstar (and, we suppose, actor) Ludacris, the Pastor’s notched up 25 albums in his career so far, and that’s not even paying attention to his inventory of mixtapes. Crown Royal 4 is a generous reminder of why we should still care, bringing back memories of a simpler era of Southern rap. Highlight ‘Who You Gone Try’ sounds like a mid ‘00s club anthem, with all the barking excess that would suggest, but sounds strangely redundant in 2014.

Elsewhere, ‘Let’s Turn Up’ sounds like a slightly misjudged attempt at West Coast ratchet, and misses the point majestically with a cheap, fatty beat that overwhelms the effort entirely. More successful is throwback cut ‘Anita’ which doesn’t even try to hide its provenance, and excels by highlighting Troy’s dexterous double-time flow, embellishing it with twinkling bells and a deliciously low-slung beat.