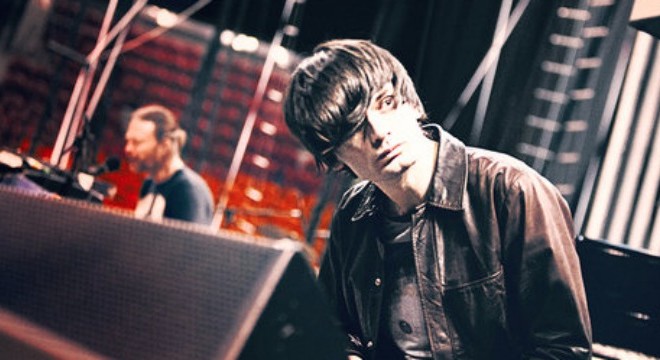 The Radiohead multi-instrumentalist is back for his third go with the auteur.

Jonny Greenwood has composed the scores for Paul Thomas Anderson’s last two features, There Will Be Blood and The Master, so it’s no big surprise that he’ll be back to score Anderson’s Inherent Vice.

A crime drama starring (deep breath) Joaquin Phoenix, Reese Witherspoon, Josh Brolin, Benicio Del Toro, Owen Wilson, Jena Malone, Martin Short and Maya Rudolph, Inherent Vice is based on a 2009 novel by Thomas Pynchon and is set in the seedy underbelly of 60s Los Angeles. Greenwood’s score will be recorded this month by the Royal Philharmonic Orchesta in London, with the film expected to make the festival rounds this year.

Last year, we reported that Greenwood had composed a piece for the Australian Chamber Orchestra that will premiere there later this year. [via FilmMusicReporter]