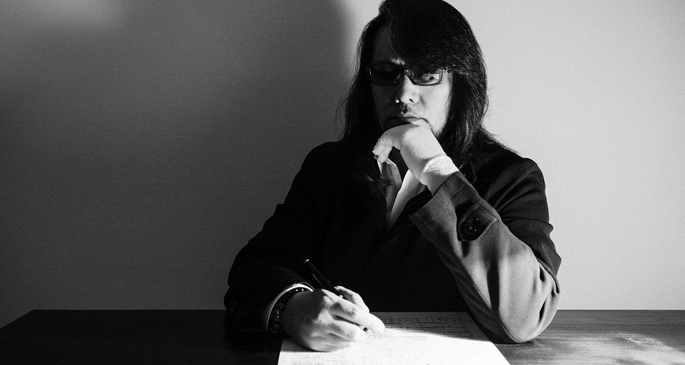 Popular Japanese composer Mamoru Samuragochi has revealed that he has been using a ghostwriter for the last 20 years.

Samuragochi is probably best known outside of Japan for his memorable contributions to the popular Capcom videogame series Resident Evil, and the inspired but less successful (at least in the West) Onimusha, but in Japan he has been responsible for a number of hit compositions.

Amazingly, 50-year-old Samuragochi had supposedly battled unbelievable adversity to reach this point in his career. A degenerative illness had left the composer almost completely deaf since the age of 35, but Samuragochi composed regardless. The incredible story led to Samuragochi’s plight being covered both in Japan and in the U.S. Time magazine famously ran a story about the composer in 2001, and positioned him as a contemporary answer to Ludwig van Beethoven.

This year he was asked to provide music for the Sochi Olympics, and the swell in interest caused a very troubling story to come to light. On Wednesday, Samuragochi announced that the music attributed to him over the last 20 years had not been written by him at all, but by another composer entirely. A day later that composer was revealed to be Takashi Niigaki, who claimed in a press conference that he had been Samuragochi’s ghostwriter since 1996.

Ghostwriters shouldn’t surprise anyone at this stage in the game, but the story was far from over. Niigaki explained that he would have regular conversations with Samuragochi and play the music to him, claiming shockingly that the composer wasn’t deaf at all, and it was an “an act that he was performing to the outside world.” When asked why he hadn’t made these revelations sooner, Niijaki alleged that Samuragochi had threatened to commit suicide if he had come clean.

Needless to say this deception hasn’t been received well in Japan, and Samuragochi has already been dropped from Nippon Columbia, who have stopped distribution of his CDs, downloads and DVDs, and from publisher Tokyo Hustle who were responsible for his repertoire. [via NPR]