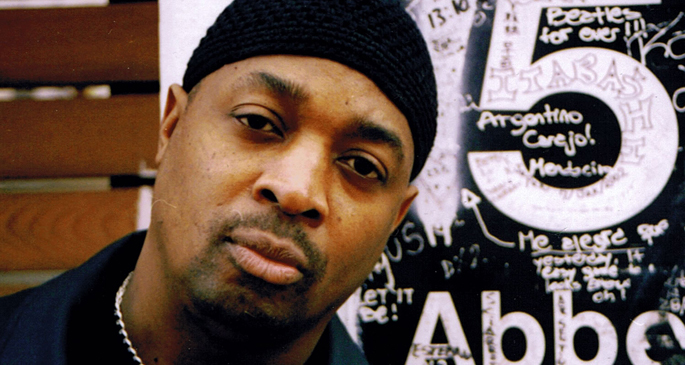 Record Store Day has been going from strength to strength each year, showing that despite the stranglehold digital music has around the necks of the industry, there are still fans out there eager to spend their hard earned Nickels and Dimes on physical music.

Rapper and commentator Chuck D is someone who’s seen the state of the industry wither and die, and someone who’s been critical of it from the beginning. Still, he acknowledges the important of records and record stores to the hip-hop genre, a genre he’s been crucial in helping gain its necessary dues over the last three decades.

Now he’s been signed up by the smart folks over at Record Store Day, and this year he’ll be a mouthpiece for the event, helping to spread the word to fans yet to be convinced why they should leave the house and buy large slabs of wax instead of just clicking “Buy” on their iPhones.

Here’s what Chuck had to say about his new position. [via Allhiphop]

“Over 27 years and 93 countries visited, as a professional lead vocalist of the RAP group Public Enemy, I don’t go 1 single day without emphasizing that the genre of hip-hop is spawned from DJ culture. The founding members of Public Enemy were, and still are, DJs. The tool and fuel for DJs has forever been recordings. And where these recordings have long connected, with pros and fans alike, have simply been The Record Store, the connection point of listener and the recording.”

“The record store made musicians listen beyond themselves. It both complemented and supplemented the radio, in fact the best radio stations in the past followed the vibe of the record stores of their regions, thus growing and nurturing each other. The fans and listener had everything to gain, and if they wanted to get into making music, the Record Store turned into their first school and sonic passport out.”

In this age where industry has threaded the music sound with virtual sight and story I am honored to be called upon to be Record Store Day Ambassador of 2014. With the masses, neck bent into their smartphones, let all of us music lovers GPS our way into a reality that is the Record Store. It’s worth a great try, let’s do this…”