Give it time: Katy B on the rebirth of house 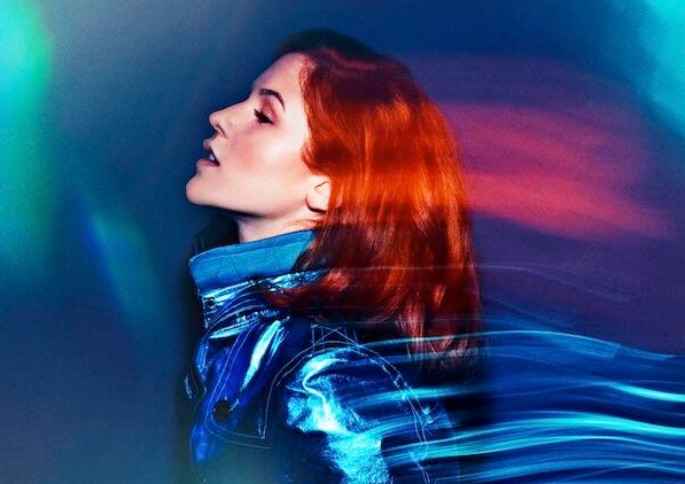 Katy B might be our best popstar, but she’s also uniquely well placed to survey how house’s place in the musical landscape has changed over the past few years.

She had her introduction to house as an underground scene back in her mid teens – and remember, this was a time when ‘Put Your Hands Up 4 Detroit’ was considered cool dance music by the mainstream – and has provided quite a few of the landmark moments as house music made its transition back to the top of the charts. She was there at the birth of UK funky as Baby Katy, arguably provided the only bona fide funky chart hit with ‘Lights On’, and the blend of subtle pop songwriting with underground house on a lot of ‘On a Mission’ set the template for the success of Disclosure and the legions of halfway-credible dance acts currently bum-rushing the charts.

As anyone who’s given her lyrics even cursory attention can tell, she is a dancefloor native, someone for whom club music is part of the fabric of life and not just a stylistic tic, so we were keen to hear about her experiences of growing up with the new generation scene.

Katy B: “It’s really funny to me when people tell me, ‘oh, you originated in dubstep and now you’re jumping on this house bandwagon’ – er, well, not really! I mean, I love all that stuff that’s in the charts at the moment, they’re good uplifting tunes, but for me it started when I was 17. I’d done this garage track with a friend’s older brother [Danny C & Dr Speed’s 2006 ‘Heartache’, featuring her as Baby Katy], and there was a house remix of it. I was still going up to these garage raves in Essex and Tottenham and places like that, but garage in the mainstream was basically over, and even the serious garage crowd was just starting to listen to house a little bit more.

“So I remember MC Versatile, who was also on the tune, drove me down to the radio station Deja Vu to do a live PA of the house version on Supa D’s show, and I think Kismet from Circle was there as well. That was my first moment of realising there was a scene going on, that people listening to house was a serious thing – but at this stage it was still after parties, or clubs in commercial, office kind of areas like Clerkenwell or the City that are for office workers during the week, then would have more underground raves to make money in the weekend because it was dead around there otherwise.

“That was where funky came about, and as well as making ‘Tell Me’ [with DJ NG, again featuring Versatile], I got properly into it myself. All my friends started going to those raves too, and we’d be out all the time – E3 in Mile End, the Fridge Bar in Brixton, Cube in Camberwell, all those kind of places. I loved it.

“Obviously everyone knew a few house songs from back in the ’90s that you might hear on the radio as pop, but it didn’t really register, and anyway this was different. It was very soulful, very tribal, a lot of Latin influence, that almost calypso kind of sound to it – very different to the really minimal, techy, electronic stuff that’s more popular now, too. When I was 17, 18, it was all of those influences, and the whole Masters At Work kind of thing, really musical. The insane thing is that you can go to a rave and the DJ’s playing a track that’s so calm, no drama in it, yet it totally smashes the rave – that’s special.

“It just felt really fresh, having only really listened to R&B, garage, grime and bashment up until that point – but at the same time I really identified with it because it had elements I recognised, it had soul, and as a musician, doing a soulful vocal over a house rhythm just made a natural kind of sense to me. It makes me laugh so much because I’d be playing tracks to people I was studying with, at the Brit School then Goldsmiths, going ‘listen to this house tune, it’s sick!’ and they’d look at me weirdly and go ‘yeah yeah, that’s just dad house’. I’d go, ‘no you don’t understand, this is fresh, just you wait’, and of course they all got on board in the end!

“Dancing to house is something special, it’s all in the repetitiveness of it. I remember my boyfriend then, I’d made him a mix CD and he couldn’t really get his head round it – he was into reggae, hip hop and punk. But I’d just leave it playing, or leave a house radio station playing, and I’d say to him, look, it’s not about listening out for any one thing in the music, and there’s not 101 things going on in it. It’s giving you the space and the distance to lock into it, it’s more like a meditative process in that you can get inside the beat and the process, and once you’re in it you ride it and you’re locked into it, and then you’re there. The repetitiveness of it is what carries you. The repetitiveness of it is the sensation, and that’s why you have to put yourself right in it and give it time.

“With ‘I Like You’ on the new album, the George FitzGerald track, I remember Rat from Rinse gave me the beat and I thought, oh my god, I’ve got to do this justice because he’s spent real time on crafting this for me. I put quite a bit of pressure on myself, not knowing what I was going to do, trying really hard to write to it – then I just thought, you know what Katy? Just play it really loud, like you used to in your bedroom when you had a beat to write to. So I was on my own in the studio and I put it really loud on the big speakers, and I just started to dance to it – because you have to do that, you have to climb inside it – and then I was fine. And that’s it – you’ve got to get into it!”