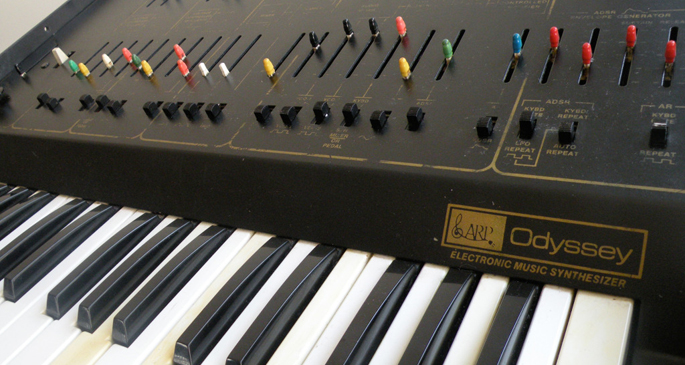 You might not know it, but you’ve probably heard the ARP Odyssey countless times.

The unassuming synthesizer was originally released in 1972, and came to define a certain fragment of electronic music, being jazz and progressive rock and of course informing the 80s electronic pop sound. John Foxx used the ARP Odyssey on his genre-busting Metamatic full-length, Jean Michel Jarre used one on the pioneering Oxygene, and Gary Numan kept one around until at least 1985, even though production had ceased on the synthesizer in 1981.

Sadly, if you wanted to snap up one of these incredible units, you’d probably need to part with a few heirlooms – grabbing one from eBay will set you back a whopping $2,500 at least, and prices go up to $4,000. Thank goodness that synthesizer gods Korg have stepped in then, and following the success of their re-issue of the incredible MS-20 last year, they’re set to put out a “faithful recreation” of the ARP Odyssey in fall this year.

There are few other details released thus far, but with ex-ARP boss David Friend working as Chief Advisor and the success of the MS-20 clone (which, unlike Roland’s AIRA remakes is fully analog) we expect Korg to knock this one out of the park.

You can read Korg’s statement in full here, and remind yourself how good Oxygene still sounds below.