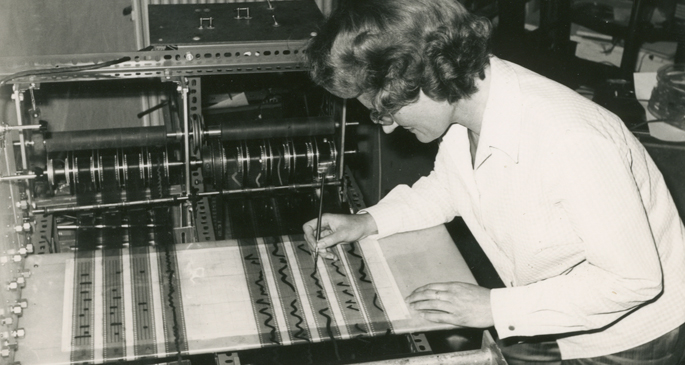 Daphne Oram was a true original, a musician and innovator who will go down in history as being one of British electronic music’s all time greats.

Apart from founding the influential BBC Radiophonic Workshop, Oram also hand-built the Oramics synthesizer – an instrument that would interpret visuals (usually hand-drawn) as sound. She sadly passed away in 2003, but since then her sizable archives have been opened up to the two lucky producers behind WALLS.

Sam Willis and Alessio Natalizia managed to gain permission to work with Oram’s massive collection of “weird sonic doodles,” and the results are typically bizarre. The duo added sounds from a combination of new and old technology, including a modular synthesizer, an aging 1960s drum machine, various pedals and tapes for processing. The result is Sound Houses, an album that straddles the past but sounds strangely futuristic, and blends Oram’s unique vision with ideas she probably never even considered.

Sound Houses, and will be released on the duo’s own Ecstatic imprint on May 5, and you can hear the album’s opening track ‘Extremely Long Corridor’ below.