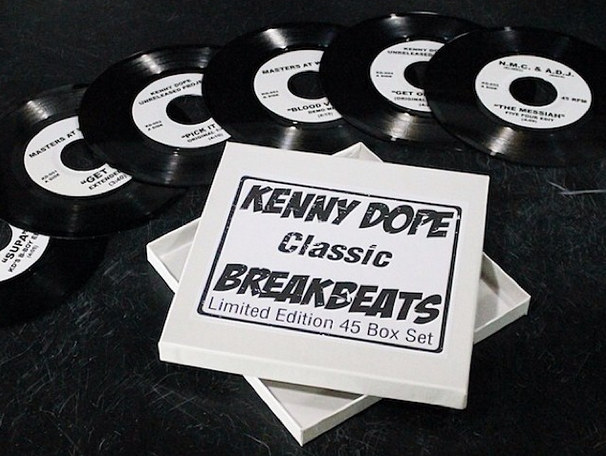 Kenny Dope, one half of celebrated duo Masters of Work and a renowned DJ and producer in his own right, has released a box-set of his Classic Breakbeats.

Spreading 12 tracks over six 45s, Classic Breakbeats features unreleased Dope material as well as well-known Masters at Work classics like ‘The Buddah Chant’. It’s currently available from Dope’s own webstore, and will ship to other vinyl retailers in the coming months.

Last year, FACT’s Laurent Fintoni looked at Dope’s role – as well as that of Madlib, Flying Lotus and more – in his History of the Hip-Hop Beat Tape.

Tracklist:
Pick It Up
That Gangsta Shit
Get Up
The Buddah Chant
Supa (KD’s B-Boy Edit
Supa (Deep In Brklyn Edit)
The Messiah
Insane
Get On Down
Gunshot
A Madd Cry
Blood Vibes