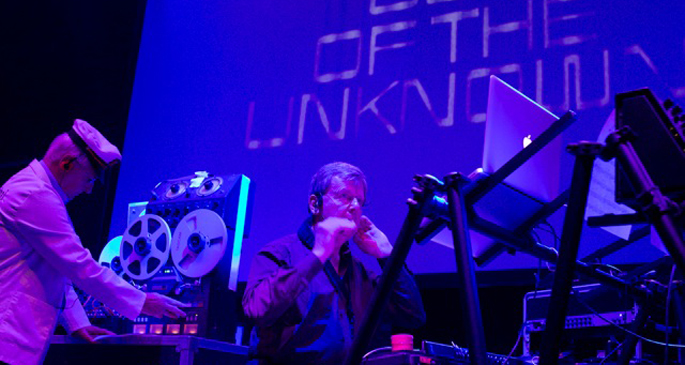 Long in the shadows, the influential BBC Radiophonic Workshop were unlikely pioneers of electronic music.

Their exploratory sound experiments, from the unmistakable backdrop to science fiction show Doctor Who to their work on Quatermass and The Hitchhikers Guide To The Galaxy, influenced generations of young producers, and continues to inspire today. It’s fitting then that a handful of the Workshop’s original members have reunited (along with Mark Ayres and ex-Prodigy sideman Kieron Pepper) and are set to embark on a pretty substantial UK tour.

The technicians involved are Paddy Kingsland, Dr Dick Mills, Roger Limb and Peter Howell, who between them knocked together some of the Workshop’s most memorable work. Mills was studio partner to Delia Derbyshire, and between them they crafted the Workshop’s most memorable work, the Doctor Who theme, while Paddy Kingsland was responsible for the fan-favourite soundtrack to 1981 storyline Logopolis.

The live show will find the group re-creating their best known music, and performing it alongside more recent compositions from the forthcoming album of collaborations entitled Electricity. Fittingly, selected shows will be assisted by some serious technology as The Radiophonic Workshop will be playing in 3D surround sound using special spacial technology.

FACT’s own John Twells put together a guide to Doctor Who’s crucial musical history, and you can read it in full here.