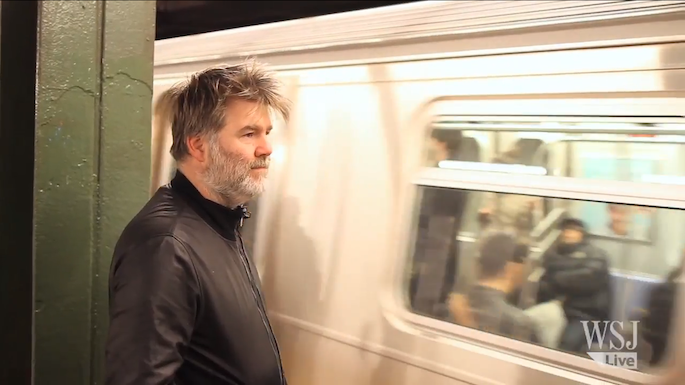 Ex-LCD Soundsystem frontman James Murphy has been talking about adding music to New York’s subway system for years, and his plan is finally starting to gain momentum.

The Wall Street Journal (of all publications) has presented Murphy’s plan to replace the current set of turnstile buzzes and beeps with specific notes and chords, specific to each of the city’s 468 subway station stations.

With New York state’s Metropolitan Transportation Authority about to begin a $900,000-a-year project to improve passenger flow in the system, along with a plan to modernize the system that uses the swipe of a card to one that uses the tap of an electronic chip. Murphy believes his project could be tackled simultaneously, reducing cost and labor.

Currently, the dissonant noises at turnstiles are due to “natural technical variation and we really don’t care,” said MTA spokesman Adam Lisberg, who added that while Murphy’s plan was “a very cool idea,” the time and money required would not be worth it for what he described as “an art project.”

To help make this project — one he says he has been working on for 15 years — a reality, Murphy has set up a website, Subway Symphony, with the tagline “making the city a slightly nicer place to be.” There’s also the requisite petition to sign. Watch Murphy describe the project below.