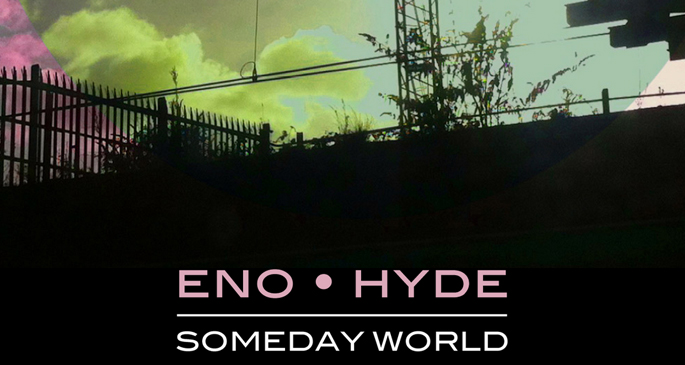 It’s actually not the first time the two producers have butted heads – Eno collaborated with Underworld in 2011 on the track ‘Beebop Hurry’, and remixed Karl Hyde’s ‘Slummin’ it for the Weekend’ last year – but now the two producers have decided to pool their resources and rustle up something more substantial.

Someday World will be released on special edition CD, regular CD, gatefold double-LP and digitally on May 5 and can be pre-ordered now. Head over to the duo’s brand new site enohyde.com for more information.