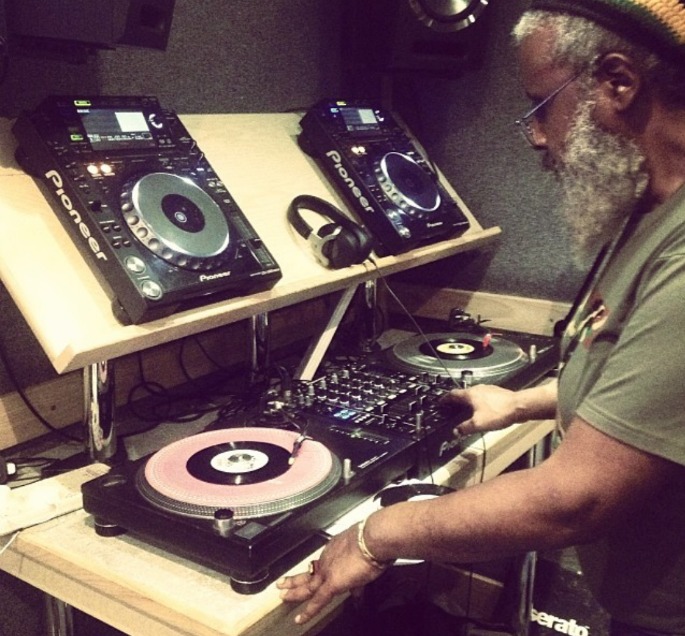 East London grime star Footsie invited a special guest to the Rinse FM studio on Monday – his very own dad, who also happens to be a scene veteran in his own right as part of the King Original Soundsystem.

Credited by his son as a big musical influence, Father Waz’s group provides the name of Footsie’s King Original instrumental compilation, as FACT TV discovered during a guided tour of their manor last year.

To promote the forthcoming release of the third King Original album, Footsie brought Father Waz on air for an hour of dusty roots reggae on vinyl, a few of which were his own productions. Dusty is about right, too – we chuckled at Footsie telling off his pops for not cleaning the needle.

Grab the podcast here or head to Rinse FM to download.