The month in house and techno: February 2014 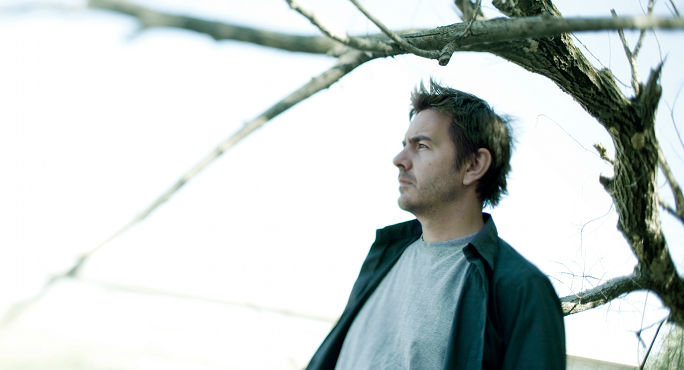 Thankfully there are always exceptions to the norm, but at the moment, the majority of new house music falls into three camps: analogue stuff where method is too often rated over musical invention, deep house that forgets to be deep or stuff that pines for a ’90s heyday. Like it or not, outsider house was the last big wow, but aside from being frequently unfun and pretty undanceable, it seemed to exist only so people who made it could claim they didn’t. At least it was some sort of distraction from the past, though – something different than former bass producers tying to get deep or kids repeating the same tired tricks over and over.

So far in 2014, then, it’s been left to the old guard to steal the headlines. Moodymann came good with Moodymann, a triumphant ode to himself and the city that defines him, Terrence Parker released his latest – but certainly not greatest – LP in the form of Life on the Back 9, and Theo Parrish got back to somewhere near his shamanic best in association with The Trilogy Tapes and skate label Palace Skateboards. Probably most surprising of all, though, was Laurent Garnier re-emerging in fine fettle on Chicago’s Still Music, one of the Windy City’s most genuine modern day outlets.

The Frenchman’s AF 0490 EP is the first of a few releases he has planned for 2014, and is undoubtedly his best work in years. ‘Bang (The Underground Doesn’t Stop)’ is riddled with the sound of an excitable crowd as hulking great kicks pound out below. Grilled metal chords bring a sense of rave and there’s a coarseness to the claps that echoes Dance Mania’s sleaziness without sounding like pastiche. Boom (Chakolak)’ is even more ghetto, spitting and snapping in clipped, juke-inspired loops with all the energy of an excitable speed freak before the boisterous bombast of ‘Beat (Da BoxX)’ rounds out what is a truly arresting EP.

For all the fascination with analogue jams and expensive hardware, few producers come close to the success of Magic Mountain High, a.k.a. Move D and Juju & Jordash.  Their recent Tiny Breadcrumbs EP is a fine example of how to make best use of a studio full of real gear and a genuine live recording technique. It’s split between two raw techno tracks (the paranoid whines and frosty lines of ‘Suub’ and the swampy swirls of chattery freak-out ‘Avalanche’) and two mind melting deep house oeuvres. ‘Riptide’ has a pining melody that tugs right at the heart, but the real winner is ‘Don’t Cry For Me Argentina (No Compromise mix)’. This time the pain-laden lead synth nags endlessly as perfunctory drums flap below and a whole ecosystem of tiny pads ebb and flow, rise and fall far off in the distance: it’s stunningly sensitive stuff.

For a while now, DC label PPU has dealt in preppy, tinny sounds awash with lo-fi nostalgia. Mostly they’ve been disco inclined (see LPs from Moon B, Robbie M), but this month newbies Pender Street Steppers debut on the label with ‘Openin Up’, a delicious two tracker that deals in enchanting house with a dash of Metro Area spark.  ‘Openin Up’ is a humid brew of skittish hand drums, heavily treated vocal bleats and crushed drums that bobble along like a tin can through dust if it were tied to the back of a kid’s bike. Flip side ‘M Flight’ is even more higgledy-piggledy and there’s a coy robotic funk to the repeating melody phrase that’s delightfully cheery and innocent. With Legowelt next up on this label, PPU really should remain on your radar.

There’s been a lot of talk about new label Unknown Deetroit in recent weeks. Who is behind it? Are they really from Detroit? Is it actually any good? Guesses range from Deetron (it’s not Deetron) to Andres (because the font is the same as on his La Vida label) to Jordan Fields (the most likely candidate at this point). The music on the first two EPs has been raw, drum led house with jagged edges and a rough sense of soul. The first came in November and the second landed mid-February, offering four more splintered cuts that have kept the rumour mill in overdrive: if a European producer has made these beats, I would be surprised.

Surprisingly few people seem familiar with the work of English producer and Fear of Flying co-boss BLM, but given that it’s good enough for the likes of Panorama Bar resident Cassy, it’s hard to understand why. As well as recording as one half of The White Man & The Arab, Ben Micklewright has turned out a consistently interesting stream of singular house EPs for labels like Secretsundaze and Underground Quality.  His latest, the Easy Knocking EP, comes on Huxley’s young label Saints & Sonnets, and offers four tracks of economical deep house. Refreshingly non-’90s sounding and with happy disregard for any Detroit and Chicago hallmarks, each track does a lot with a little: ‘Paris Beatdown’ lingers in warm spaces, ‘Nothing’ is punchy and driven, ‘Twigs n Shit’ toys with icy minimal house loops and ‘Down To The Shame’ kicks like a mule. Achieving such genuine atmosphere with so few elements is no mean feat, but for BLM it always seems easy. 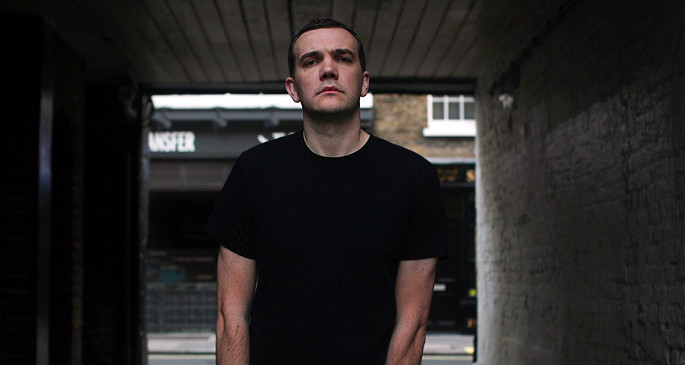 Techno, loosely, is split into two camps at the moment: the rough and the smooth, or the punky new school noise crew and the classic groove based craftsmen. He’s certainly no new kid on the block, but forging ahead in the former camp for a while now has been London’s Ali Wells, a.k.a. Perc. This month one of industrial techno’s finest modern statements landed in the form of his The Power And The Glory LP, as did a single from it, ‘Take Your Body Off’. It might as well be called ‘Take Your Head Off’ really, because it’s such a compressed, frosted, white noise riddled stomper that it surely will when you hear it on the right system. Music doesn’t often have the power to shock any more, but Perc certainly does.

Less easy to categorise is New Yorker William Burnett a.k.a. Willie Burns.  To date the W.T Records boss has cropped up on super trendy outlets L.I.E.S., The Trilogy Tapes and Crème Organization under various guises, but this time appears on outlier label Unknown to the Unknown. Word on the street is that this moniker – currently his most active – is being phased out so catch this EP whilst you can. Across four tracks the second hand record store worker and weekend swimming instructor explores stuttering and elegiac stuff, itchy hi-hat jams and delay-laden dub. Less fractious and more playable than his former releases, Woo Right is well worth checking even if you’ve decided that Burns’s sonic lacerations aren’t for you.

Mysterious Bristolian A Sagittariun is pretty much operating in his own world, parallel to the rest of the techno universe. Unashamedly aiming to rekindle memories of serene, dream laden techno weavings from the crusty, THC-soaked scene of days gone by, this month he follows a perfectly rounded debut full-length with The Jupiter Chronicles EP. Contained within are four tracks of buffed metal electro, thumping staccato techno and widescreen cinematic grooves. Sure, it’s nothing you haven’t heard before, but there’s such genuine intention and authentic orchestration in everything he does that it seems churlish not to get involved.

At least in critical terms, dub techno has not been the most popular of genres in recent years. Someone who very much defined it first time round, though, was Steve O’Sullivan a.k.a Bluetrain. Having undergone a resurgence in recent months thanks to an essential triple pack retrospective served up on Sushitech last year, the Brit is now back to releasing new music on his revived Mosaic label. The second offering, Mosaic Split Series: Part Two, is a various artists affair featuring Bunker associate Eric Cloutier’s second ever production. ‘Balsamaceous’ is the sort of connoisseur offering you’d expect of such a highly regarded DJ, whilst joining him are ’90s veteran Titonton Duvanté with a more wiggly and minimalistic dub tech cut, and Kashawar with the purposeful 113bpm plods of ‘Take A Seat’.

Last but not least this month, Berlin based Brit Ed Davenport has put together possibly his Counterchange label’s strongest release to date. It’s another various artists release that prises Roman Lindau away from his regular label, Fachwerk, for a typically well swung bit of dubbed out concrete funk. Also included are future obsessive and techno stalwart Nubian Mindz, and German pair Cassegrain – the latter’s ‘Nam-Sub’ is a classicist bit of wind tunnel techno – before Sweatshop boss Savas Pascalidis pumps his chest out, closing the EP with the ravey ‘NitroGen’. Techno tools they may be, but each one is so precision-cut that they’ll be of great use to every DJ out there.