Frank Ocean, Diplo and half of The Clash unveil their collaboration ‘Hero’ 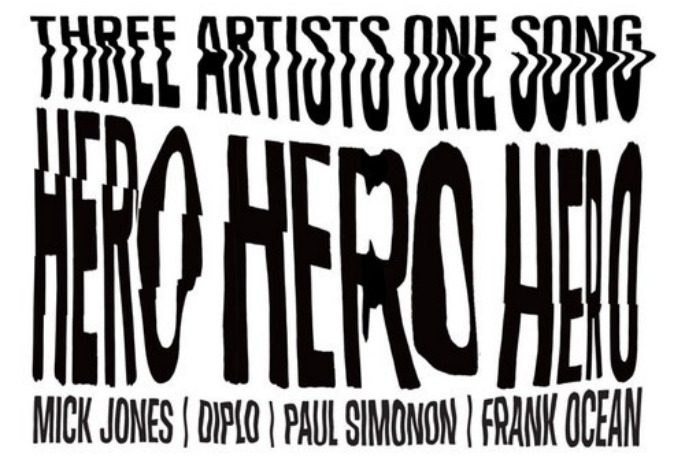 ‘Hero’, a collaboration between Frank Ocean, Diplo and The Clash’s Mick Jones and Paul Simonon for Converse’s Three Artists, One Song campaign, has arrived on the web.

It all starts off so well! Ocean lays the groundwork for something rather interesting with his typically chewy lyrics (“I’ve been finding subjects to paint in the buff behind the easel”), and the interplay between Mick and Paul’s guitar and bass licks and Diplo’s electronic skree is bold, if not entirely successful. The final minute is total curveball, though, as the children’s choir bundle into the action.

Diplo had previously released this statement about the collaboration:

The Clash were always teachers to me, even before I shared a studio with Paul and Mick. Their musical anarchy and constant attitude to disregard rules and forge their own path was inspirational to me. They meant death to genres, music and message above everything. Frank lives by the same creed in being married to his vision and seeing it through at any cost. We had to challenge each other to make something that we hope no one could expect and Converse valued everyone’s artistic freedom to let us shine throughout the past few months to make this thing happen.