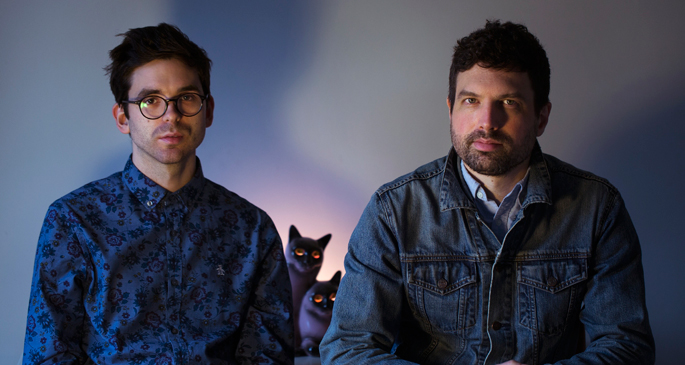 With Matt Carlson on modular synthesizer and Jonathan Sielaff on bass clarinet, Golden Retriever might not be the most traditional duo, but they’re one of the most innovative.

Their new album Seer is their most well-rounded to date, highlighting the complexity of their craft and their compositions without losing that all important soulful touch. Terry Riley and Tangerine Dream might be solid influences, but Carlson and Sielaff’s sound has slowly grown into something almost impossible to mistake for anything else.

We’ve been absolutely bowled over by Seer‘s restrained blend of pillowy ambience, wailing horns and chattering field recordings, and now you can hear the whole thing in full below. Get yourself a tasty beverage, sit back and just let it roll.

Seer will be released on March 24/25 via Thrill Jockey.