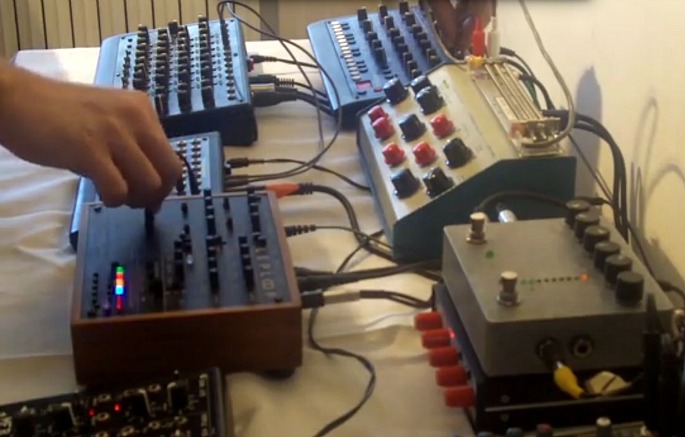 Go under the hood on KiNK’s forthcoming LP.

One for the gear heads, this – Bulgarian producer KiNK has shared a 10-minute video of the making of his debut album, Under Destruction.

Filmed among the racks, modules and upright pianos in his home studio, the vid gets up close as KiNK tweaks his analogue set-up and builds tracks on the fly.  There’s also a guest appearance from vocalist and former collaborator Rachel Row.

Under Destruction is due out via Macro on May 5, available as a 2×12″ LP, CD and digital download.

Check out KiNK’s Against The Clock for FACT TV too, where he uses vinyl a cappellas and his armoury of studio gear to show off his live show in just five minutes.

Watch the video below: