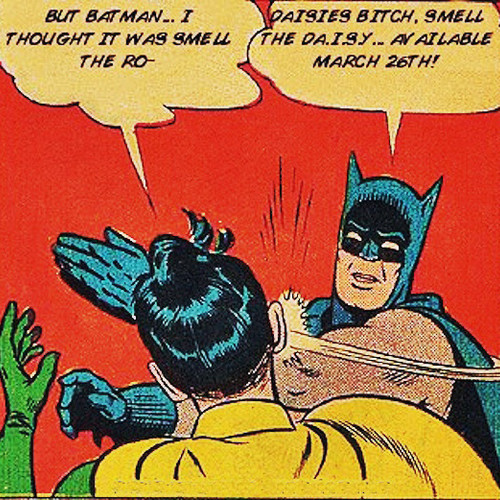 De La Soul have shared a new track from Smell The D.A.I.S.Y, a mixtape featuring unreleased J Dilla productions due for release next week on March 26. This follows from the mixtape’s first leak earlier this month.

‘Vocabulary Spills’ sees the old school trio get down over chopped guitars, rolling bass and that inimitable rhythmic swing that made Dilla a pioneer in his lifetime and a legend after his untimely pasing. Vocally De La appear in good form, sliding in references to some of their older tracks in keeping with the apparent theme of the mixtape. Hear it for yourself below.

Last month De La Soul gave fans their entire back catalogue for free and they’ve also announced a string of UK dates this spring and summer.