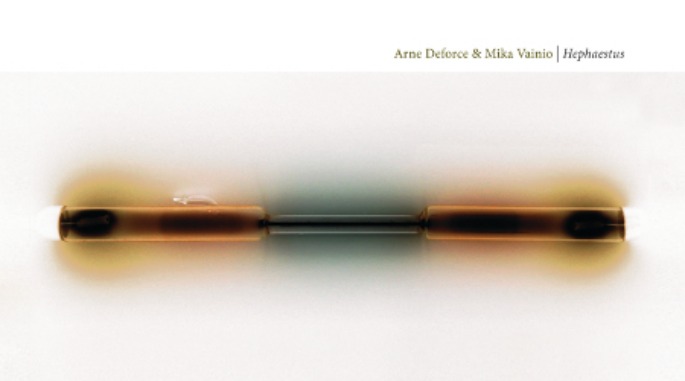 Pan Sonic’s “brutalist minimalist” teams up with Belgian cellist for a “journey through the netherworld”.

Barely pausing for breath after the release of the first Pan Sonic album since 2000, a collaboration with Sunn O))) figurehead Stephen O’ Malley and a new Ø album, Mika Vainio has revealed details of his next project.

Joining forces with cellist Arne Deforce, a seasoned improviser who often incorporates live electronics into his performances, Vainio will release Hephaestus on Editions Mego this May.

Inspired by and named after the Greek god of fire, the album is billed by the label as “a fascinating journey through the netherworld of human extremity presented as a combination of pure acoustic and electronic sources”. The album’s six sections were recorded at the Vooirut arts centre in Ghent at the end of 2011 before being mixed in Brussels last year.

Stream the third section of the six-part album, ‘Acheron (River Of Woe)’, below. [via JunoPlus]

FACT’s Ruaridh Law caught up with the Finnish agitator last year to talk about his solo album Kilo.