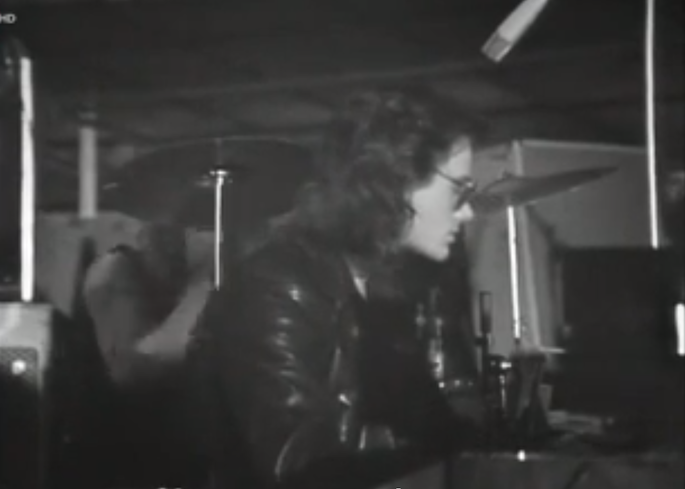 Footage surfaces of the band before they looked — or sounded — like Kraftwerk.

After forming in 1970, Kraftwerk made their German television debut on Rockpalast. For the first time, their full 40-minute performance has appeared online.

With long hair and leather jackets, the band hadn’t yet settled on their austere black and red outfits and clean-cut look. More interestingly, the band’s music at this early stage was more post-punk than synth-pop, no matter how avant-garde. The lineup at this point including founding members Ralf Hütter and Florian Schneider, plus drummer Klaus Dinger, who would form krautrock act Neu! with Michael Rother the next year.

Watch the performance below, via CoS. Kraftwerk are currently on their 3D concert tour, and Hütter has confirmed that the band was working on their ninth studio album.