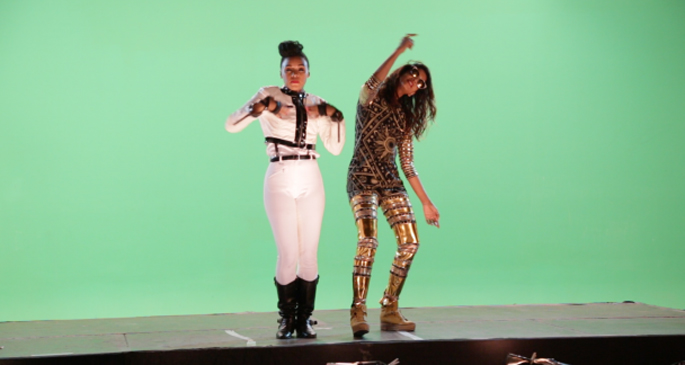 M.I.A. might be in the middle of a prolonged legal battle with the NFL, but it hasn’t kept her out of the spotlight.

The polarizing performer has teamed up with android-obsessive Janelle Monae to help launch Audi’s brand new A3, and unlike most corporate partnerships this one looks pretty interesting. M.I.A. will be performing a launch party in NYC while Monae will be doing one on the other side of the US in Los Angeles, and at the end of each show each performer will join the other in a hologram duet. Seriously.

Unlike Tupac, both M.I.A. and Janelle Monae are still alive which makes these projections feel slightly less like a message from beyond the grave, and according to the press release the technology has improved somewhat too, utilizing “3D projection mapping to add layered depth of field perception with animated graphic content”. [via Stereogum]