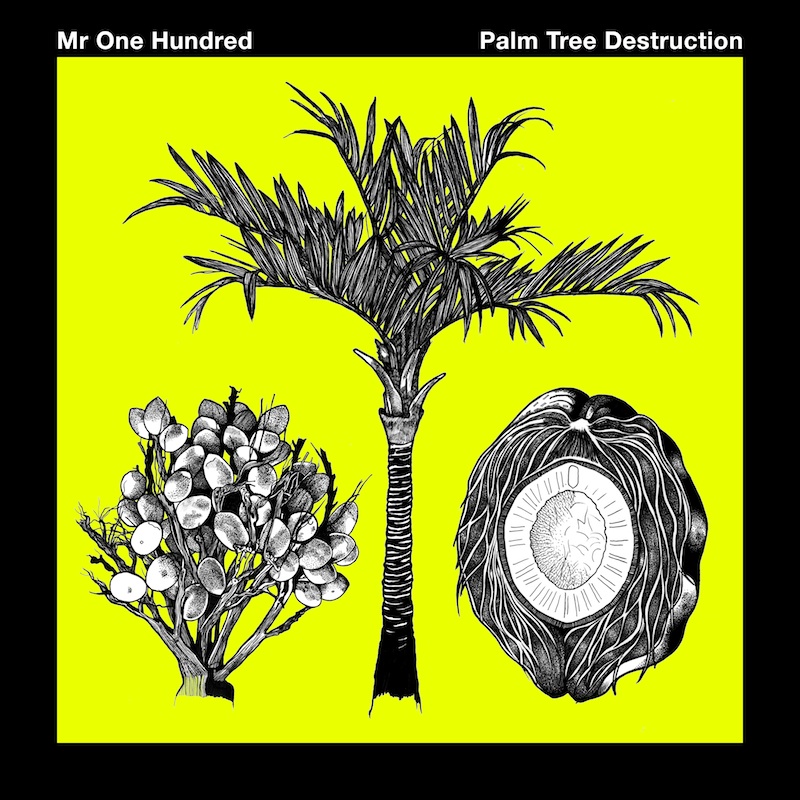 Mr One Hundred is the new alias of London-via-St. Louis producer Paul B. Davis.

While he’s working under a new alias, Davis is a veteran of midwest raves and the Chicago art world that eventually landed in London. In a previous life, the self-described hacker artist crafted the video game-sample phreaking 8 Bit Construction Set with Corey Arcangel.

It was in London that Davis fell in love with soca, a genre that shares an intensity with his “techno upbringing.” Both influences are on a collision course on his debut as Mr One Hundred, the Palm Tree Destruction EP, out today via Mixpak. Described as “power soca music from the future,” the EP joins official samples from soca heavyweights Machel Montano, Fay Ann Lyons and Bunji Garlin with Mr One Hundred’s hyperactive techno productions.

In addition to the EP, Mr One Hundred has bootlegged Montano’s ‘Higher Than High’, taking the song’s already-anthemic bombast to new levels. Download the bootleg and stream the EP below. Mixpak boss Dre Skull previewed the EP and more from the label on FACT’s recent East Village Radio show.