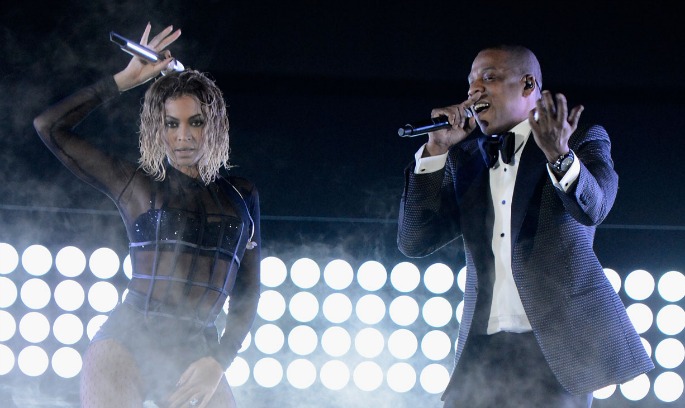 The power couple are said to be planning a 20-date jaunt.

Jay Z and Beyoncé will embark on co-headlining stadium tour this June, according to The New York Post’s Page Six.

The 20 dates could include a performance in New York on July 4, according to the report. There’s been no official announcement yet, but as CoS point out, Page Six was first to break the news of Jay Z and Justin Timberlake’s join tour last summer.

Both performers have empty schedules ahead of them after Bey wrapped up The Mrs Carter Show world tour last month and Jay Z ended the Magna Carter Holy Grail jaunt in January, and they’ve been appearing on stage together with increasingly regularity to perform ‘Drunk In Love’.