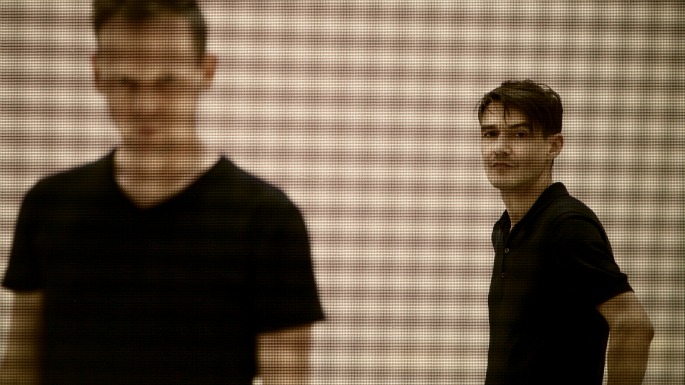 Diamond Version – the experimental techno duo of Alva-Noto and Byetone – have teamed up with The Pet Shop Boys‘ Neil Tennant for a new track.

Sure, this isn’t quite as mad as it initially seems: Diamond Version are on Mute, a label with countless links to the world of synth-pop, and Tennant’s long had an ear for interesting electronic music. But still, let that linger for a minute: the singer from the Pet Shop Boys is collaborating with Alva-Noto and Byetone. The world we live in, eh?

‘Were You There’ is the first single from Diamond Version’s debut album CI, released through Mute on June 2. Stream it below.