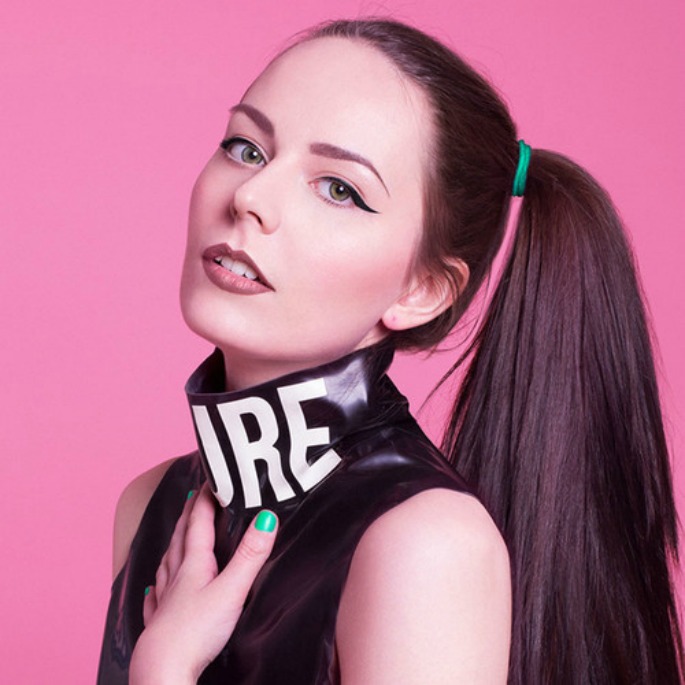 Internet star stays ahead of the pack.

If you’re not already hooked on the digital sugar rush of internet label PC Music, treat your dosages with caution – we managed three rounds of their recent six-way mix for DIS Magazine before having to retreat to a dark room with a flannel over our eyes. This stuff is amazing, basically.

PC Music’s first lady Hannah Diamond looks – and sounds – like the girls at your school who practised Spice Girls dance routines in the playground and smoked fags on school trips, but while her brittle, Estuary tones make her sound like a Smash Hits star from the late ’90s, her songs couldn’t be more 21st century – glitchy candyfloss that draws on the polychromatic euphoria of Rustie, SOPHIE, et al. and the creepy kitsch of James Ferraro’s Far Side Virtual.

Her latest single, ‘Attachment’, dropped today and sees the London singer bowled over by modern love (“Now I’ve saved you as a picture on my phone,” she croons).

Stream and download it below, and catch up with previous singles ‘Keri Baby’ and ‘Pink and Blue’.