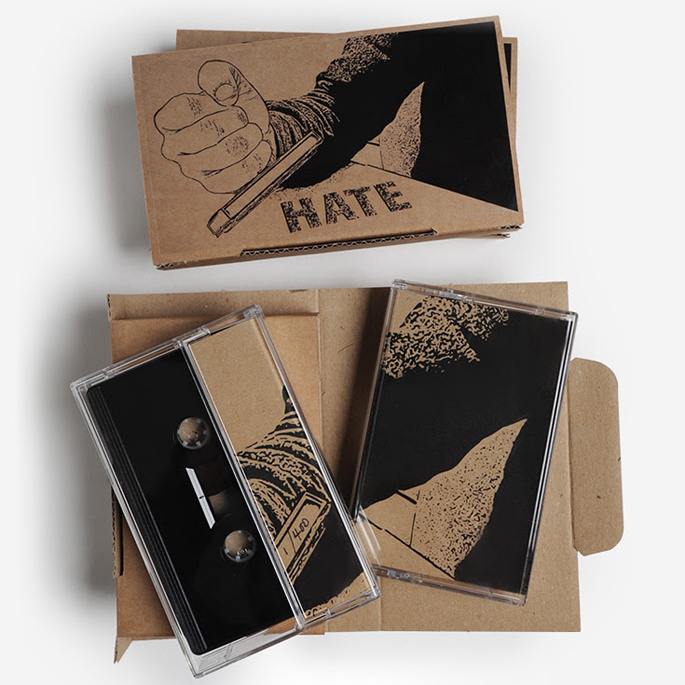 The HATE soundsystem is back with a vengeance.

For a long time nobody was really sure who was behind the hand-stamped series of HATE 12″s that appeared from the Boomkat stable a few years back. Made up of shonky jungle samples and typically grim atmospheres, Demdike Stare’s Miles Whittaker was instantly implicated – the producer and DJ’s collection of jungle whitelabels is something of a myth in the Manchester area, so it wasn’t hard to hear his fingerprints.

What was less expected however was that Whittaker’s Modern Love cohorts Andy Stott and G.H. were also involved, and that the trio had initiated the project after stumbling across a stack of old floppy discs chock-full of breaks and samples. The 12″s that emerged from these sessions have now been compiled on a very special HATE cassette entitled Bad History, and that’s not all.

The three producers also managed to record a 40-minute soundsystem session recorded at a rare live show in Sweden, so altogether we’re treated to a massive 80-minutes of crunchy jungle and throwback hardcore for fans of the real shit.

You can hear samples and grab the tape over at Boomkat now.