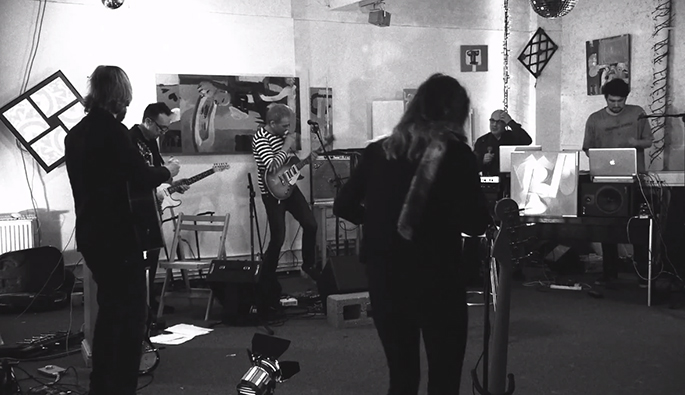 Watch the pair explore the potential of new collaboration.

Ahead of the release of Brian Eno and Karl Hyde‘s first collaborative album, Someday World, on Warp Records on May 5, the label has released a short film consisting of a series of edits shot in Eno’s studio.

The footage shows Eno, Hyde and their band “exploring the potential of Someday World songs in the live setting.” The film includes excerpts of album single ‘Daddy’s Car’ as well as album track ‘When I Built This World’.

The album is the pair’s first full length together, following from a 2011 collaboration on Underworld’s ‘Beepop Hurry’.