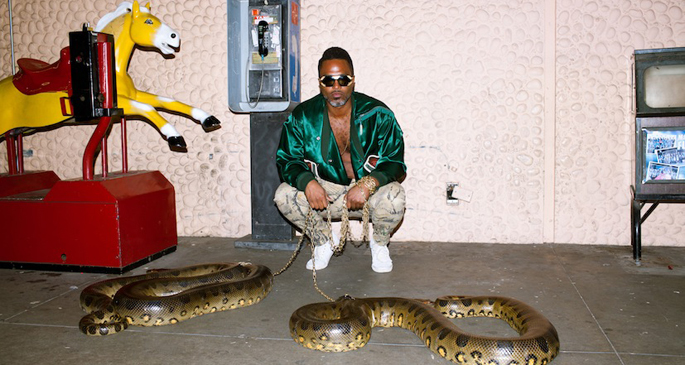 After announcing their sophomore album Lese Majesty at a laser show last weekend, Seattle’s Shabazz Palaces have now revealed the artwork and tracklist.

Split into seven ‘suites’, the album contains a massive eighteen tracks, and looks as if it’ll take Black Up‘s labyrinthine conceptual qualities to brave new heights. According to an accompanying press release, we now know that Black Constellation collaborators THEESatisfaction’s Catherine Harris-White, Erik Blood and Thadillac will be appearing on the record alongside the regular duo of Palaceer Lazaro and Tendai Maraire.

Vinyl junkies will be pleased to know that Sub Pop are going all-out for the album’s double vinyl release – it’s being presented in a ‘shark skin’ embossed jacket, includes a fold-out poster, and is etched on side D. Also, those fans who pre-order the album on Sub Pop’s website will a very special limited edition ‘Loser’ version, which will be pressed to purple vinyl and include a special 7″ version of exclusive non-album track ‘The Palace Slide’.

We’ve been treated to the first taste of the record with new track ‘They Come In Gold’, and held together by a skeletal, bit-crushed beat it’s a timely reminder of why critics were tripping over themselves to praise Lese Majesty‘s predecessor. Needless to say, we’re dying to hear the full album, suites and all.

Lese Majesty will be released on July 28 via Sub Pop.

13 Colluding Oligarchs
14 Suspicion Of A Shape

Suite 6: High Climb To The Gallows:

Suite 7: Murkings On The Oxblood Starway: 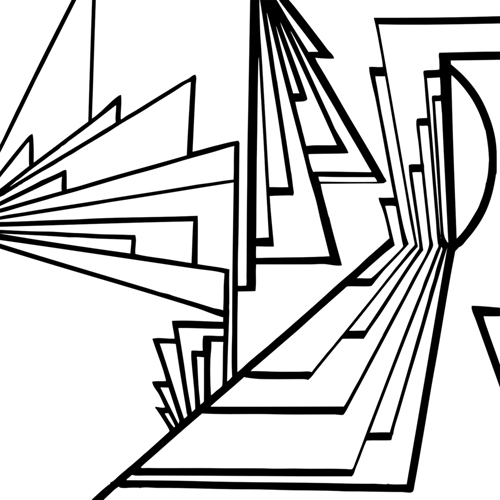