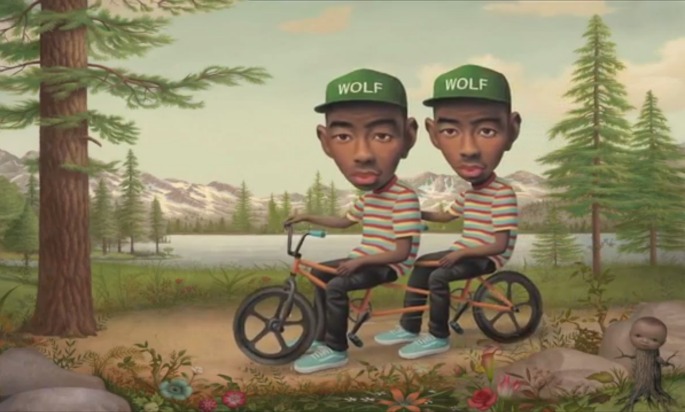 Yep, the one about the “bicycle built for two”.

A motley crew of musicians including Tyler, The Creator, Nick Cave and Katy Perry have delivered fresh interpretations of ‘Daisy Bell (Bicycle Built For Two)’ as part of a project by visual artist Mark Ryden.

‘Weird Al’ Yankovic, Danny Elfman, Mark Mothersbaugh of DEVO and Kirk Hammett of Metallica also contributed their own versions of the 1892 composition, with each accompanied by an animation.

The predictably bonkers results have been pressed up on vinyl in a limited run of 999 copies, with half sold at the opening of Ryden’s LA art show ‘The Gay 90s’ last week, and the other half due to go on sale from his website tomorrow (13 May).

The records are selling for $99.99 with proceeds going to the Little Kids Rock organisation.

Check out all the videos below – our favourite is Mothersbaugh’s potato head version. [via Exclaim]