Japan set to overturn ban on all-night dancing in clubs 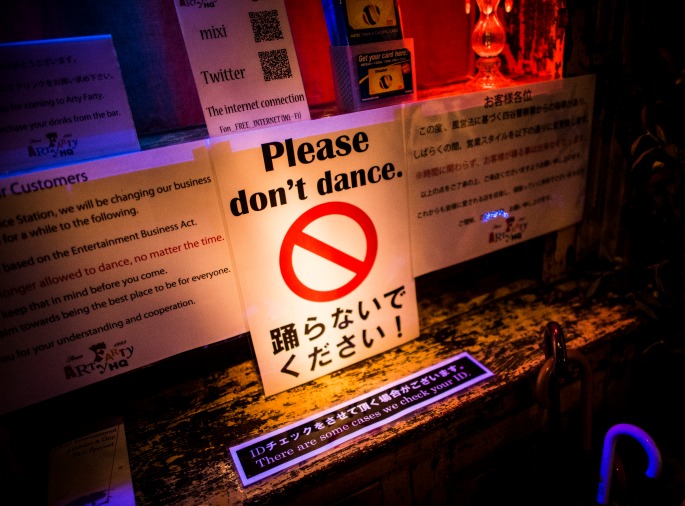 A Japanese government committee has unanimously agreed that strict laws regulating the opening hours of the country’s dance clubs need to be relaxed.

Japan’s anti-prostitution ‘fuzoku’ laws have had a substantial impact on the country’s club culture in recent years, with nightspots typically subject to a 1am curfew and an effective ban on dancing in clubs.

Because clubs offer food and alcohol as well as music, they’re currently placed in the same regulatory category as cabaret clubs, where customers pay to drink with hosts or hostesses. Under the current licensing system, those clubs must shut their doors early.

The committee on regulatory reform has now recommended that dance clubs be covered by the same law that cover restaurants, allowing them to stay open until deep into the night. The government will respond to the recommendations of the committee once they’ve been formally presented in June.

The increase in police crackdowns since the end of 2010 prompted DJs and musicians including Ryuichi Sakamoto to campaign for a change in the law, while Tokyo-based DJ Sprinkles protested against the crackdown the release of Where Dancefloors Stand Still.

Hat tip to Tokyo-based DJ and blogger Chris at MNML SSGS, who spotted the news.