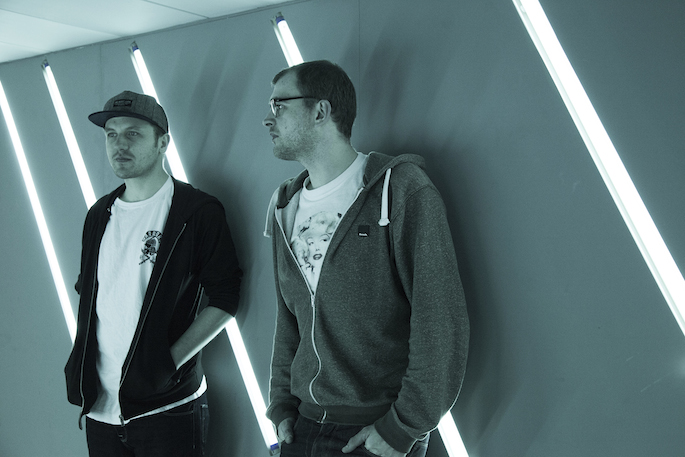 The Scottish duo link up with the Brooklyn troublemakers.

Klient is the duo of Mr. Beeb & Fault Lines, who came together last year on a garage-house project but quickly decided to focus on club music that was nearer and dearer to their hearts.

The result is Korosu EP, which fuses UK influences like Black Ops and Alias with a bit of an anime influence into menacing, bassline-heavy tracks that live up to its title, which means “to kill.”

FACT spoke with Klient via email about their origins and influences, and we’re happy to premiere the EP below. Korosu is due out on Trouble & Bass on May 20.

What made you guys decide to work together as Klient?

We had previously worked together on a floaty house number and got a release on Slime Recordings. After that, we decided to meet up instead of collaborating online as we had previously. We found that what we really wanted to both do was get away from our previous sounds completely and focus on making more club orientated music. Thus, Klient was born.

What are the influences — musical or otherwise — behind the EP?

As weird as this may sound, we wanted to make three tracks that represented three different people. People who are the vagrant, darker strains of society. One of which is a rogue samurai (‘Korosu’), one being a gangster (‘Thug’) and the final one being a drunken homeless bum (‘Menel’ being the Polish word for such a thing).

Musically, we take a lot of inspiration from what we both grew up with, which is Drum & Bass (late 90’s to early 2000’s). There’s a certain atmosphere and darkness to some of the music from that era that we just love and I guess we try to emulate that in some way with the music we make, creating something raw and deep that will translate well in a clubbing environment.

If you could soundtrack any anime, what would it be?

This question is harder than you’d think, we both love a lot of different films and series. However we instantly and unanimously said Ninja Scroll, without any hesitation.