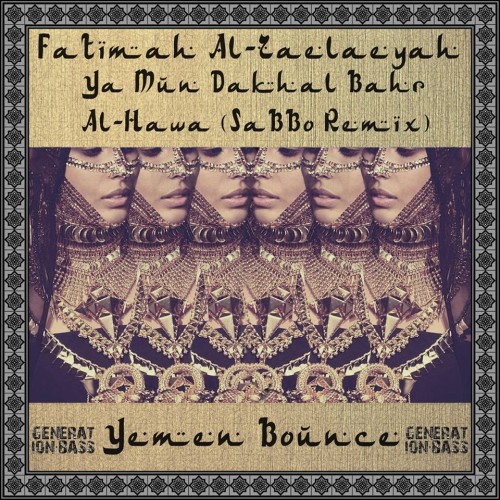 Moombahton has never quite been cool.

Maybe it’s the association with bro-ish EDM and trashy “dirty Dutch house”, maybe it’s that it didn’t spring from London, Berlin, New York or LA – or maybe that it’s so slippery in its endless voracious hoovering up of other genres that it’s just hard for people to get a handle on. But whatever the reason, it’s just kept on keeping on over its five or so years of existence since it spontaneously popped into existence at a Washington DC house party.

Its hybridism is fascinating – a slowing-down of Dutch house (which already contained sped-up Latin/dancehall elements, thanks to the “bubbling” sound popular with youngsters of Dutch-Caribbean heritage) to fuse with Central American reggaetón, it was emblematic, as I wrote back in 2010, of the “splintering and recombination” of genre in the 21st century, and as such it’s chimed with a lot of musicians for whom internationalist hybridisation comes naturally.

SaBBo is one such – a Yemeni based in Tel Aviv, he’s already made some very interesting moombahton and footworking inspired records, for Mad Decent and Generation Bass among other labels, as well as exploring the similar zouk bass sound. This track, available for free download from Generation Bass, is one of the best he’s done yet.

Based on an old song by Fatimah Al-Zaelaeyah he knew from childhood via his Yemeni mother and her family (which appeared on the Qat, Coffee and Qambus from Yemen compilation of 45s), it features traditional percussion rhythms played on a copper tray, which Sabbo felt sounded close to the electronic sounds he was used to, while “the classic, most popular, Arabic beat pattern is very similar to the ‘Dembow’ beat of Moombah.”