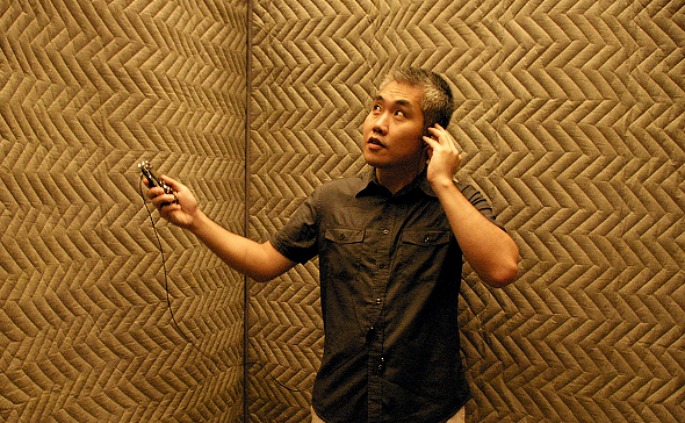 In his monthly column for FACT, Kristan J. Caryl – editor of teshno – charts the most interesting developments and the best records in the worlds of house and techno.

Many of my house and techno loving friends and foes never seemed that enamoured with the genre, yet the same certainly does not work in reverse: since dubstep became a dirty word more associated with cartoon LFO wobble and vacuous machismo, many of those who helped foment the genre have, en masse, been part of a devolution into other sounds, most frequently house (think Scuba’s main room leanings), techno (see Pangaea’s Fabriclive.73 mix) and occasionally disco (Skream’s ill-received dalliances). At one point before this diaspora, Bristol was very much the centre of the dubstep universe, and for a while ‘Bristol bass’ was apparently a thing championed by the likes of Eats Everything and Julio Bashmore. Though dubstep is now but a memory, Bristol’s landscape still seems, to use a local colloquialism, gert lush.

As well as previous entrants in this column such as Shanti Celeste and exciting new names likes Facta, one constantly innovative West Country producer is the mysterious Rhythmic Theory. This month the unknown character releases new EPs on Idle Hands – a long-time bastion of quality in the BS1 postcode – as well as his own eponymous label, but he also appears (again) on the compact and bijou BRSTL label. Thanks to releases from local talent including Outboxx, October and Jay L, BRSTL has proved to be one of the finest little outlets to emerge in the wake of the bass heavy hype, as evidenced by Rhythmic Theory’s ‘Eyes Wide Shut/Voyeuristic Distress’ two tracker. The A-side is a shuffling and shifty house jam with a weighty bottom end and gritty bassline, while the flip is a more dystopian and widescreen bit of techno landscaping that keeps you pinned down with thick synth warbles and icy hi-hats, perfectly encapsulating the sound of the city in 2014.

If you read FACT’s rundown of the 10 house and techno producers to watch in 2014 at the end of last year, you should be familiar with the work of young Palms Trax. Happily, following on from that prophecy/his strong debut on Lobster Theremin, the young producer now comes correct for a second time with the Forever EP, this time on offshoot label Lobster Theremin White. Across three tracks couched in a busy Chicago framework, the Berlin-based Brit really has a knack for grabbing your attention, be that because of a standout Nintendo melody, his punchy and non-standard drum programming or even the gorgeous serenity of his synths. House as esoteric as this doesn’t come along very often anymore, so lap it up while you can (especially as White Material man Galcher Lustwerk turns in a perfectly spaced-out remix to seal the deal).

After many years in something of an isolated wilderness, Chicago native Steven Tang (pictured) is finally getting the recognition he deserves in Europe. Partly to thank for that is Hamburg’s lovable deep house crew Smallville, who took it upon themselves to release Tang’s debut LP last year, exposing us all to his subtle and spacey fusion of Detroit soul and Chicago jack. On paper that may sound like a fairly standard combination of tactics, but on wax it’s something to behold. Leaving The Physical World is his latest outing and the title track is the sort of airy, emotive affair that makes you take stock of your life even if you don’t want to. Tang’s music has that power to turn you in on yourself, such is the strength and resonance of his synth work, and that plays out across both remaining tracks, ‘Mystic Ritual’ and ‘Reality We Make’. It’s sci-fi music for people who don’t actually like sci-fi, and that suits me perfectly.

Bobby B (born Andre Ferreira) you may know as Bobby Browser, the man behind a brace of glossy, disco-leaning EPs on 100% Silk. Pleasant as they were, his new release ‘History/So True’ for San Fran label Icee Hot easily tops both for the way each jazzy, sample-happy jam comes coated in an authentic vintage dust and lo-fi deepness that makes you want to cuddle the person closest to you. ‘History’ is the best track MCDE never made and ‘So True’ is so humid and feel-good it will melt even the hardest techno fan with its tinny melodies, languid chords and dishevelled drums. Even the big name remixers (John Talabot and label co-founder Ghosts on Tape), despite turning in subtly intoxicating reworks themselves, fail to steal the limelight from Bobby B’s magic originals. 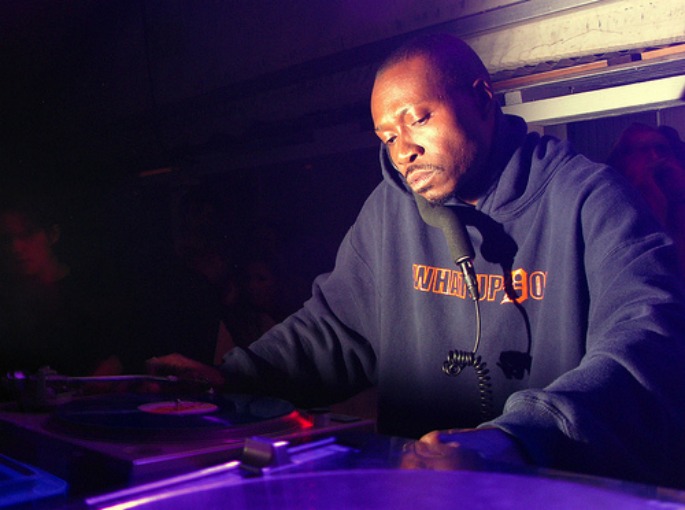 It’s fair to say that when compared with Omar S or Theo Parrish, Marcellus Pittman is one of the lesser-championed Detroit talents. Maybe that’s because the Unirhythm boss makes such swampy, murky, slowly evolving tracks that are as much for the head as they are for the heels? Who knows, but that’s exactly what he serves up on Do You Like Music, his new one for Spain’s Downbeat label. The real cherry is ‘Our Time Is Now’, a prowling 107bpm affair built on a lumpen kick drum so heavy-hearted it sounds like it might collapse at any second. Nebulous and mildly oppressive clouds of cosmic dust, piqued melodies and alien lifeforms flesh out the track as you sink deep into Pittman’s gloriously insular abyss, while ‘Extra Credits’ is similar but a little more airy. Lastly, ‘Happy To Be Here’ toys with crushed, overly compressed and broken beat patterns in patient but unsettling ways.

In techno terms, the Houndstooth label loosely associated with Fabric and wholly synonymous with Electronic Explorations man Rob Booth, who is its driving force, has been one of the breakout successes of recent times. Riding the current hardcore, breaks and rave revival, it has launched the careers of a number of different producers, Call Super being one of them. Although not everything he has served up to date has resonated, this new Depicta/Acephale II 12” certainly does. ‘Depicta’ is eight minutes of streamlined techno with monolithic and knuckle-clenching kicks barrelling along beneath seams of celestial synth and clacking metallic percussion. It’s simple but devastatingly effective. ‘Acephale II’ deals in more unsettling and paranoid pads, and is similarly crisp and to the point.

Technically, VernoN’s Watched By The Experts is a mini-LP, but at six tracks long and on just one slab of black crack, it will likely get plenty of club hammer. It comes on the ever-idiosyncratic Apartment label out of Dublin and follows a trio of EPs on Dixon Avenue Jams that established the mysterious man behind them as a modern day techno innovator. Across the whole record there is suggestively manic acid, brain-frazzling slo-techno with seriously serrated synths and sizzling jack tracks that twist and turn, duck and dive in every direction, like an overdriven synapse trying to keep up with an endless stream of late night party perceptions. It sure is freaky, edge-of-your-seat stuff that has you in awe of the textures, techniques, definition and dynamics as much as the music itself.

Scotsman Alex Smoke has never really been in the limelight, instead operating on the fringes of popular consensus with an outré take on everything from IDM to techno to classical (as per 2011’s Faust soundtrack). Although a debut release on R&S last year got him some deserved attention, this sophomore effort on the same label, RS1403, is likely to be his biggest release to date. It’s the renewed dancefloor focus that makes it so, with all four cuts being writhing, spritely affairs that never seem to sit still. There is no real standout, just four varied cuts that sound tortured and pained (‘Green Man’), drunk and playful (‘LSD’), drug addled and confused (‘Tommy Knockers’) and confusingly sleep deprived. Far from a selection of drum track bangers (as if Smoke would ever do that), there is so much detail in this EP that the whole thing needs more than a few listens to really make most sense.

It’s been more than interesting to track the career Kevin McPhee ever since his debut on [NakedLunch] back in 2011, and that’s down to the fact that the Canadian producer has switched up his sound more frequently than most. As a result, emotionally crushing house, E-ed up techno and swollen bass syncopations all sit comfortably together in his discography. For his next trick, though, the low-key producer returns to Hypercolour with the Boris EP, a delightfully deep and swinging techno set that, like Paris’s Pompidou Centre, exposes its mechanical make-up for all to see. ‘CC-XXX-YY-NNNNN’ is the prime example, with whirring machines and snapping hits riding atop some of the most hip-swaying drums you’ll have heard this year. It’s industrial yet sexy: how often can you say that about techno? ‘Branch’ is a more suggestive and implicit bit of minimal techno that would drop seamlessly into a Ricardo Villalobos set and ‘DD-YYY-ZZ-OOOOO’ is teeth-grinding, shadowy backroom funk that will have the masses marching as one. Another typically clean and precision-cut Trevino remix rounds out what is possibly Hypercolour’s strongest release this year.

For a decade now, Marco Bernardi has churned out a reliably high-quality stream of purposeful, analogue-rich EPs on fine labels like Frustrated Funk, Clone and Crème Organization. It’s on Brokntoys that his latest offering, Emotional Wreck, lands though, and as one SoundCloud commenter puts it, the EP is “disturbing in all the right ways.” Though the titular opener is so nervy you’ll want to check over your shoulder every few seconds, ‘Catman’s Going To Get You’ is the best thing here – wobbly, off-kilter weirdness with eerie hidden melodies, beguilingly filtered sounds that could be distressed catcalls and rushes of broody percussion. ‘The Light Beside the Hall’ is a pinging bit of electro-tinged acid dancing on a hot tin roof while the frantic loops of ‘Genetic Genocide’ are sleazier than a Babestation cameraman. If you need any other reason to get into this EP, the limited run vinyl comes with a nice piece of screen-printed artwork unique to each record.

Best of the rest…