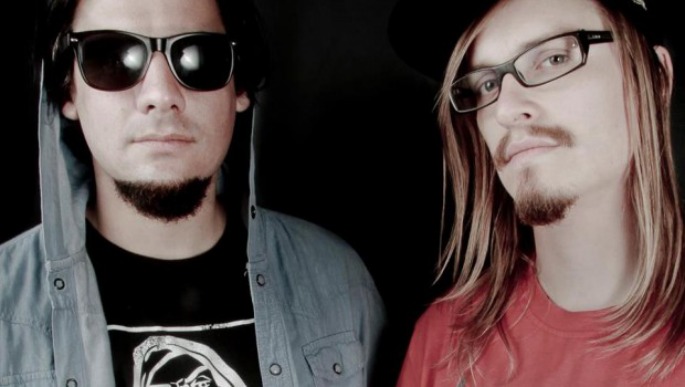 They’ve never had any truck with the duality between “tear-out” and “deep”, and regularly drop high energy tunes suitable for massive raves – the perennial ‘Fatman’ being their biggest – while managing to adhere to the dark-room, eyes-down principles of the genre’s roots. It’s no wonder they’ve consistently released on foundational labels like Tempa and Deep Medi Muzik while becoming worldwide festival favourites.

A new album coming up on June 10 features cameos from Joker and Flowdan, who they connected with, as is appropriate for an international dubstep/grime hook-up, at Outlook Festival. Hollow World features their first diversions into deep house tempos as well as dubstep rhythms, but ultimately remains unapologetically a dubstep album from an act that’s well placed to ride out any boom-and-bust hype around the genre.

We’ve got the premiere of Flowdan’s appearance on ‘Madman’ below – check that out, hear clips of Hollow World on Firepower Records’ Soundcloud, and preorder Hollow World on iTunes. FACT’s Joe Muggs recently spoke to Flowdan about his new solo EP for Hyperdub.