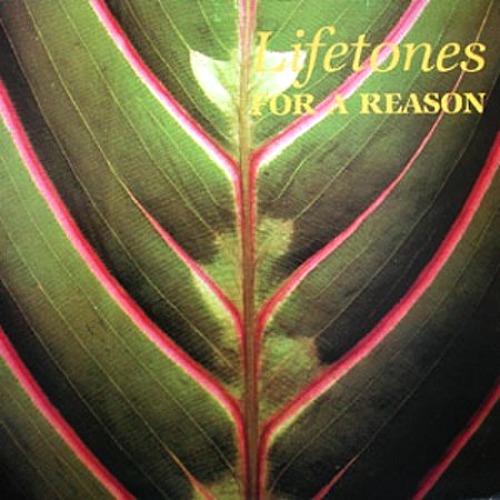 Lifetones
For A Reason
(Tone of Life Records, 1983) 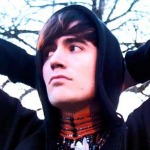 I’ve lived most of my grown-up life in South West London. It’s still life under the dome, but I think of it more as a vivarium. I’ve walked countless circuits in anachronistic reverie of a parallel ’80s Brixton. Carboniferous foliage crawling along the banks of the phantom Effra, stealthy suburban foxes slinking behind bright community murals, nimbus clouds of high grade hovering in the gauzy air, collar-up cold and feverishly hot, a consensus of polarities.

I’ve often pondered how This Heat burned so incandescently bright? They were three, that certainly helps. A number just outside of unity and duality yet encompassing both. All three members seem to share a mutual affinity for song-craft, experimentation and “accidents”. You hear evidence of this in Charles Hayward’s work. Such a unique artist with a highly distinctive, multi-disciplinary approach to sound and rhythm. Then there’s Gareth Williams, whose Flaming Tunes LP with Mary Currie gets plenty rotation on Fur Island. Gnomic homespun cut-ups of heart songs and sonic portals. It’s amazing hearing his voice isolated from the context of This Heat; his magical understatement reveals something so integral. Props to Blackest Ever Black for gifting us all with this.

Lifetones is Charles Bullen. Self released in 1983 just before or after a landslide victory for Thatcher’s administration. Unlike his vivacious namesake, Bullen seemed to drift into the aether after the demise of This Heat, leaving this strange haze of an addendum. An outer membrane of upbeat dancehall-inspired optimism concealing a deep rooted convalescence (Alexander Tucker [the other half of Grumbling Fur] actually finds this record quite depressing). There’s a heavy heart ticking audibly through the fog of these dubbed out song cycles, but there’s much to be unlocked on this record, idealistically and sardonically titled For A Reason. A painterly rendition of green and pinky leaf lamina adorns the sleeve. Lifetones in yellow italics.

It shares the same repetitive propulsion as This Heat with more of an emphasis on reggae and dub. Imagine the coda of Health And Efficiency played by The Upsetters. There are long instrumental ragas hammered down by locked disco grooves. Poptones threaded into spiralling counterpoint and lacquered with high-life guitar licks and cavernous solo clarinet leaning into Arabic maqam. The production is glassy and has something of that early ’80s post-punk aesthetic, but it gives way to a warmer, more exotic sound palette. Bullen’s lyrical aphorisms are often palindromic – “you love the life you live, you live the life you love” – and delivered with a lethargic drawl giving them a welcome sense of detachment. Self-help altruisms, textbook histories, familiar parlance, repeated ad infinitum until the very fibre of each cliche becomes porous and their meanings subverted. Language as a vessel, drained of its cerebral content through repetition; a device deployed to great effect on This Heat’s ‘Cenotaph’.

As much as the creative streams cross over with these three artists, this record, alongside Flaming Tunes and Camberwell Now etc., underpin the intricate sound-worlds they each inhabit independently. I mean, I could just as easily be writing about Flaming Tunes or Camberwell Now, but this record is severely in need of a repress. Hint, hint, hint (repeat).