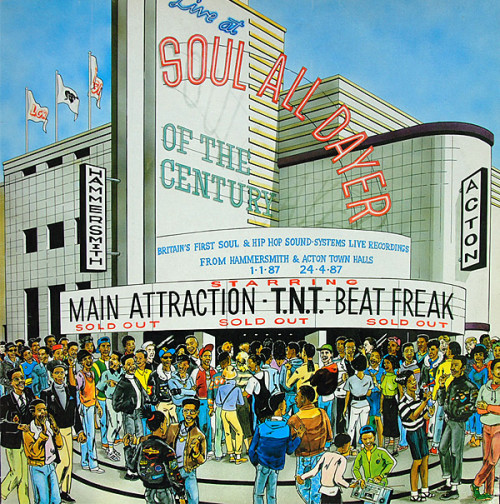 VARIOUS ARTISTS
Live At Soul All Dayer of the Century
(LGR, 1987)

Picked by: Warp‘s Father of the House Nightmares on Wax. 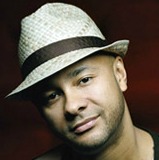 This is the rarest live album I’ve got, I believe. It’s so specialist and so niche, even when it dropped, that I was amazed to find it on YouTube. I’m looking at it and it’s got 34 views! [laughs]

It’s a recording that was done back at Hammersmith Palais back in 1987, with three soundsystems – one called Main Attraction, one called TNT, and one called Beat Freak.

What it is about this album, it really documents my background, especially growing up through clubbing and going to what we used to call ‘all dayers’ back in the early ’80s right through the late ’80s.  The first all dayer I went to was probably 1985 – I was underage, but we managed to sneak into the club.

There are some odd tapes flying around, but not many people have these clashes – it was just amazing in 1987 that somebody actually recorded this at the Hammersmith Palais and pressed it on vinyl! It just captures what DJing and playing club music was about at that time. The mixes on there, some of the tracks played on there, they’re now known as house classics, dance classics – but you’ve got to remember that at that time, we didn’t know about house music. We knew about jacking and stuff like that, but it wasn’t called house music to us. It hadn’t entered that realm yet. My soundsystem background is connected to DJing, connected to hip-hop, and then connected to this kind of scene. It really, really captures what that essence is for me – the foundations of being a DJ, and of collecting records as well.

The MC that’s in one of those soundsystems on there is actually Rebel MC before he was Rebel MC, which is pretty amazing. I’ve got a lot of respect for him when you think, here’s a guy who had a number one record, went straight back to soundsystems, and now he’s pretty deep in jungle territory. It’s quite an amazing path.