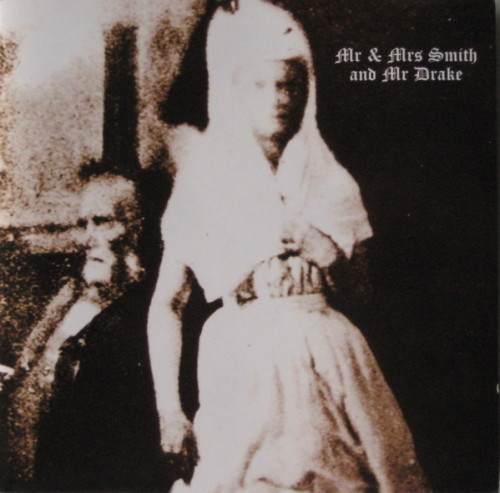 Picked by: Alexander Tucker, Thrill Jockey soloist and one half of homespun psych duo Grumbling Fur 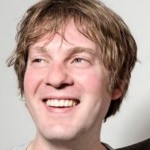 “Wild thing, you make everything groovy,” sings Sarah Smith in a soft choral melancholic call across the bleak landscape of this album’s penultimate eight-minute plainsong cycle ‘Dergo’. This nod to The Troggs’ classic can also be heard in an altogether more manic and cut-up delivery on Cardiacs song ‘It’s a Lovely Day’, of which Tim Smith, Sarah Smith and William D Drake were all members.

Released in 1984 by Cardiacs’ own label The Alphabet Business Concern and available through the Cardiacs Fan Club, this brilliant jewel has illuminated the dark corners of obscurity for too long. A CD reissue came out in 2004 on Tim Smith’s All My Eye and Betty Martin Music, but sadly outside of Cardiacs circles this record is almost completely unknown and deserves some vinyl validation to a wider audience.

I came across Mr & Mrs Smith and Mr Drake when I was 14 through my secondary school art teacher Nick Goodman, who luckily for me was massive Cardiacs fan. I was intrigued by this unfamiliar side to the band, so I asked him if he would order the tape and a T-shirt for me as I wasn’t a member of the fan club yet. A few weeks later Nick handed me a postal package in art class – the tape cover looked like a Cadbury’s chocolate box cover of crushed purple silk and the band’s name and information in gold gilt lettering gave the artwork a tongue-in-cheek classical atmosphere.

Cardiacs’ soundworld is often a place of huge sweeping jump cuts, frenetic orchestrations and post-Barrett psych-pop collisions, but among these histrionics are moments of melancholic refrain, naive hymnal choirs and beautiful instrumental passages. It’s here that Mr and Mrs Smith and Mr Drake stray, further down the garden path into still dusk atmospheres, with mist over the pond and dew refracting nature’s sentient gloom. Predominately acoustic, using woodwind, electric bass, guitar and keys, this set of 12 songs draws up the deep loam of Kingston-upon-Thames, an alternate universe of warped music hall, Stravinsky and Wicker Man medleys.

Tim and Sarah Smith separated in the early ’90s so Sarah could “be a full-time witch and live in the woods with the snails”. For subsequent releases the trio changed their to Sea Nymphs, by which time Sarah and William D Drake had moved on from Cardiacs, but still remained a trio until the mid-90s. The unique combination of each player is crucial to the sound of early Cardiacs, and with percussionist Tim Quy leaving that same year, the orchestral element was replaced with a heavier wall of guitar sound.

Medieval and folk are words that crop up over the course of this album, but as with every aspect of the Cardiacs’ world, descriptive terms or genre-defining can be misleading – something may start out one way and come out the other end totally transformed. What Cardiacs do best is to describe their own personal cosmology, like The Beatles referencing songs, giving clues and insider knowledge on different albums. The Mr & Mrs Smith and Mr Drake tape adds another delicate piece to the Cardiacs puzzle. It’s a strange fit within the intense world of The Alphabet Business Concern, but one I’ve returned to again and again and again and…