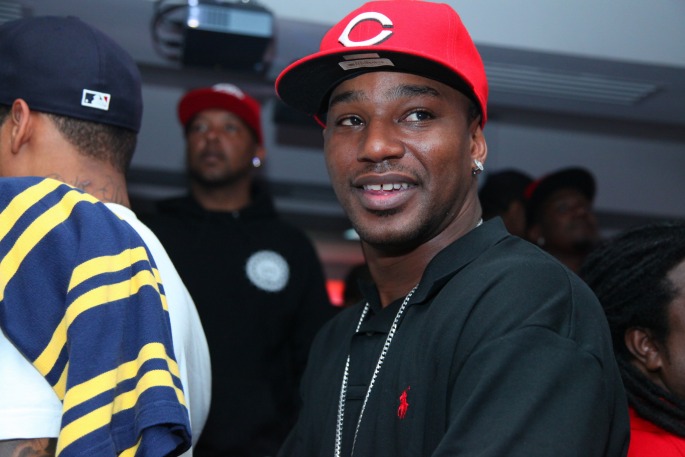 The Dipset icon failed to take the stage.

Cam’ron was due to play his first London show in a decade at The Forum in Kentish Town last night (June 3), but the event was called to a halt around 10.20pm with no sign of the man.

After Skepta warmed up the crowd with Jammer, JME, Meridian Dan, Flowdan and others, it was left to Capital Xtra’s Manny Norte to fill the gap for at least 30 minutes, looking increasingly awkward as he took off his headphones and ducked backstage to find out what was going on.

Norte then got on the mic to announce to the crowd: “Cam’ron’s not performing, I know as much as you guys do – but people will get full refunds.” Cue audience members storming the stage and kicking off, as you can see in the Instagram vid below.

Cam’ron was definitely in the building, as Tim Westwood’s backstage snap (below) proves. Fans also reported seeing a fleet of police cars heading to the venue as they left.

Update 7pm GMT: Cam’ron has now posted about the event on his Instagram (with added emojis):

“So niggas brought 50 niggas to da show to jump me..in London? And rush da stage?!.. But me and juju was doing this..imum y’all better come wit..Lol.. Sorry to all my fans dat came to da show but as u can see they tried to line me up. And only da barber lines me up.. They had 15 niggas in front of da stage (that rushed the stage) and 35 niggas outside.. And I was wit 2 niggas..

The people that brought me here were very very nice..but when I asked where the ‘s was at?? (That they were suppose to have) they never showed them to me.. Not shitting on them cause they were cool.. But we can’t play when it gets down to hammer time.. So no I didn’t get robbed.. No I didn’t get jumped.. I was chillin doing da salsa wit #Juju..They tried to do my bro Juelz dirty.. Now me..foh.. Thx to da people who put me on to game!! To rest of London.. Love y’all..I really do and apologize again.. But y’all other niggas .. Lolololol y’all blew yak chance again.. Dumb ass gangsta’s lmfaoooo”

Cam’ron’s post seems to confirm what many suspect – and some at the venue have reported – that he left the venue due to an altercation (or, at least, potential altercation) with a group, possibly including So Solid Crew’s Mega Man, who had unfinished business with Cam’ron and Dipset following their London shows in the early ’00s. If you google ‘Swing Dat Santana’, you’ll see what he means when he talks about Juelz Santana.

Earlier this week FACT’s Tom Lea met Cam’ron to talk working with A-Trak and the cult of Dipset.