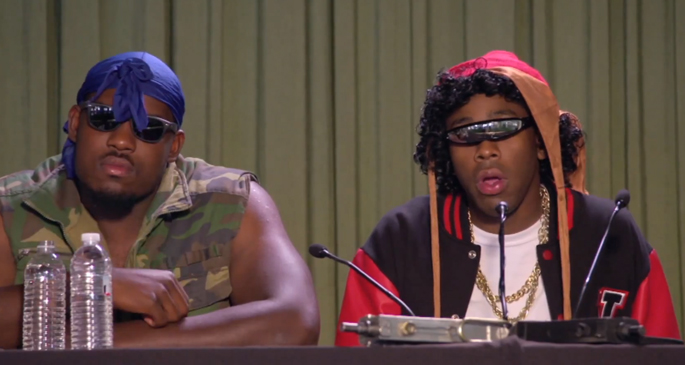 In a new Loiter Squad sketch, Tyler the Creator has positioned his crosshairs on the rap game.

Tyler has long been vocal about his boredom with contemporary rap (last month’s appearance on 106 & Park was a timely reminder), but this new video is his most biting criticism to date.

Signing up notorious helium-voiced R&B troll IceJJFish to “sing” the hook, Tyler rocks through ‘I Just Bought A Bugatti (I’m Happy)’ in character, allowing the rest of the Loiter Squad team (including a clearly amused Earl Sweatshirt) to join in, brandishing firearms and spitting purposefully incompetent verses.

Take a look at the sketch in full below. [via Pitchfork].