“Why you wearing the long hair?”: watch a bizarre Aphex Twin interview from 1994 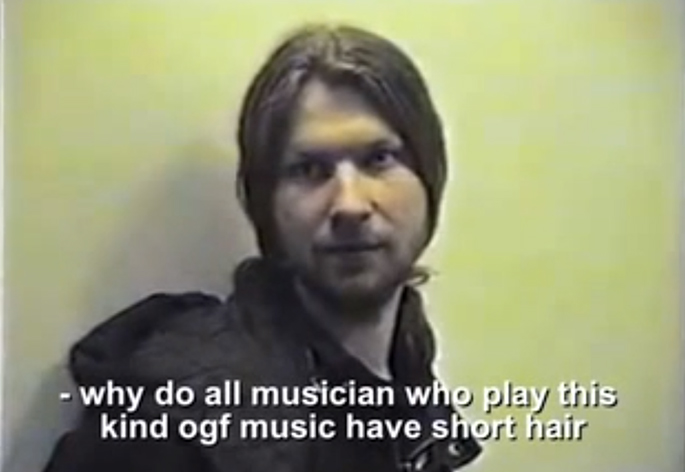 Haircuts, folk music, reality and more covered in bizarre interview from 20 years ago.

Back in 1994 the United Kingdom sent over a showcase of the country’s emerging electronic talent to a newly post-Soviet Russia. Titled Britronica (no, really) it featured Autechre, Aphex Twin, Dreadzone, Seefeel, Paul Oakenfold, The Orb, Bark Psychosis, Ultramarine and Mark Pritchard among others. Pritchard recounted his memory of the events a few years back for RBMA magazine, and it’s well worth a read it, if only for the Uzi story.

As it turns out around the same time that interview went up, a YouTube channel, apparently belonging to Inga Copeland, posted two short video clips of Aphex Twin being interviewed by a Russian team.

The whole thing is incredibly awkward and edges on the parody as the Russian hosts seemingly argue amongst themselves as to what to ask him and what to do with the translations later on while Aphex looks rather disinterested and, perhaps due to his falling ill at the start of the tour, a little sick.

The interview covers some pretty surreal ground too, from Aphex’s musical origins, to his videos, folk music, real reality or ‘pill’ reality and his hair. Turns out the Russians couldn’t quite reconcile Aphex’s ponytail with what they saw as the standard DJ hair cuts of the time. Who said music journalism has gotten worse?

Thanks to Optigram for the tip.

Update: As pointed out by Untold over on our Facebook, there’s a transcript of the Britronica NME article right here.