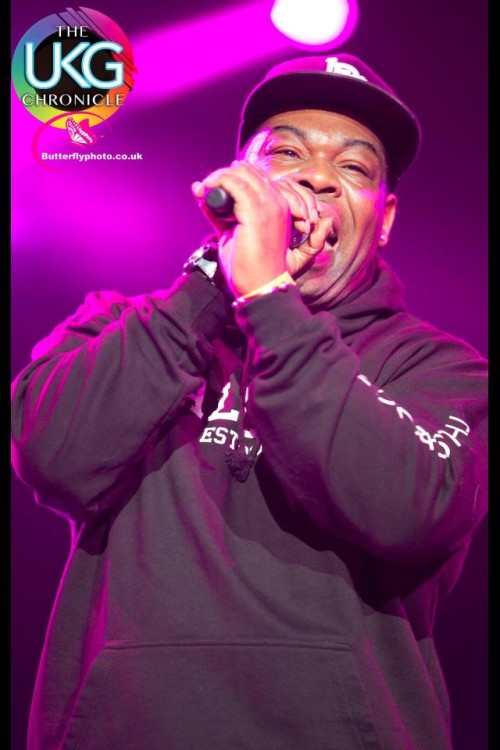 MC Kie has confirmed the news, tweeting “I’m in huge shock & devastated I have lost my musical partner in crime MC SPARKS You are admired by thousands & your legacy lives on. #RIP. Please may I ask in sincere respect for Sparks family & loved ones show as much respect & support for the integrity of their privacy.”

Details of his passing are yet to be confirmed, but the news has struck the entire UK garage community, who have been paying tribute this weekend (#RIPMCSparks is currently trending).

“RIP to a legendary Garage MC and sincere condolences to his family & loved ones”, tweeted Mike Delinquent, while Deja Vu’s Frisky wrote: “a guy who’s a true legend in the garage scene has passed away”. London radio station and former pirate Kiss FM has also paid tribute to Sparks.

Best known for his ‘Fly Bi’ single with regular partner MC Kie (embedded below), Sparks didn’t release much (his Discogs page only lists one non-‘Fly Bi’ 12″, a 2002 collaboration with Ray Hurley) but he spent more than 15 years as a regular presence on the garage circuit. If you grew up listening to UKG, then chances are you knew Sparks’ voice.

DJ EZ tweeted: “My thoughts are with the family & friends of one of the nicest guys I have met in the UKG scene. You will be missed, RIP & Love MC Sparks…”, while DJ Target wrote: “‘Check one, Step into gear. Have no fear, Sparks and Kie are here’ RIP MC Sparks, legend in the game.”

Kano also paid tribute: “RIP MC Sparks. Someone who played a major part in my teenage years. He has definitely got everyone up there saying ‘Oi, oi, oi!'”

Update 22/06: Majestic has kicked off a campaign to get ‘Fly Bi’ to number one in next week’s singles chart.

The UK MC is calling on friends and fans to purchase Teebone’s album version of ‘Fly Bi’ from iTunes, starting from tomorrow (sales are counted from Monday). Hear the track below.

I have spoke with @teeboneproducer and the version from his album on itunes means we can make sure all proceeds go to Sparks’ family
— Majestic (@Majestic) June 21, 2014

From tomorrow (dont do it today as we need the sales to count from tomorrow) every single 1 of us need to represent this cause! #RIPMCSPARKS
— Majestic (@Majestic) June 21, 2014

Update 21/07: You can watch a moving singalong of ‘Fly Bi’ from Sparks’ funeral here (via Clive Martin):