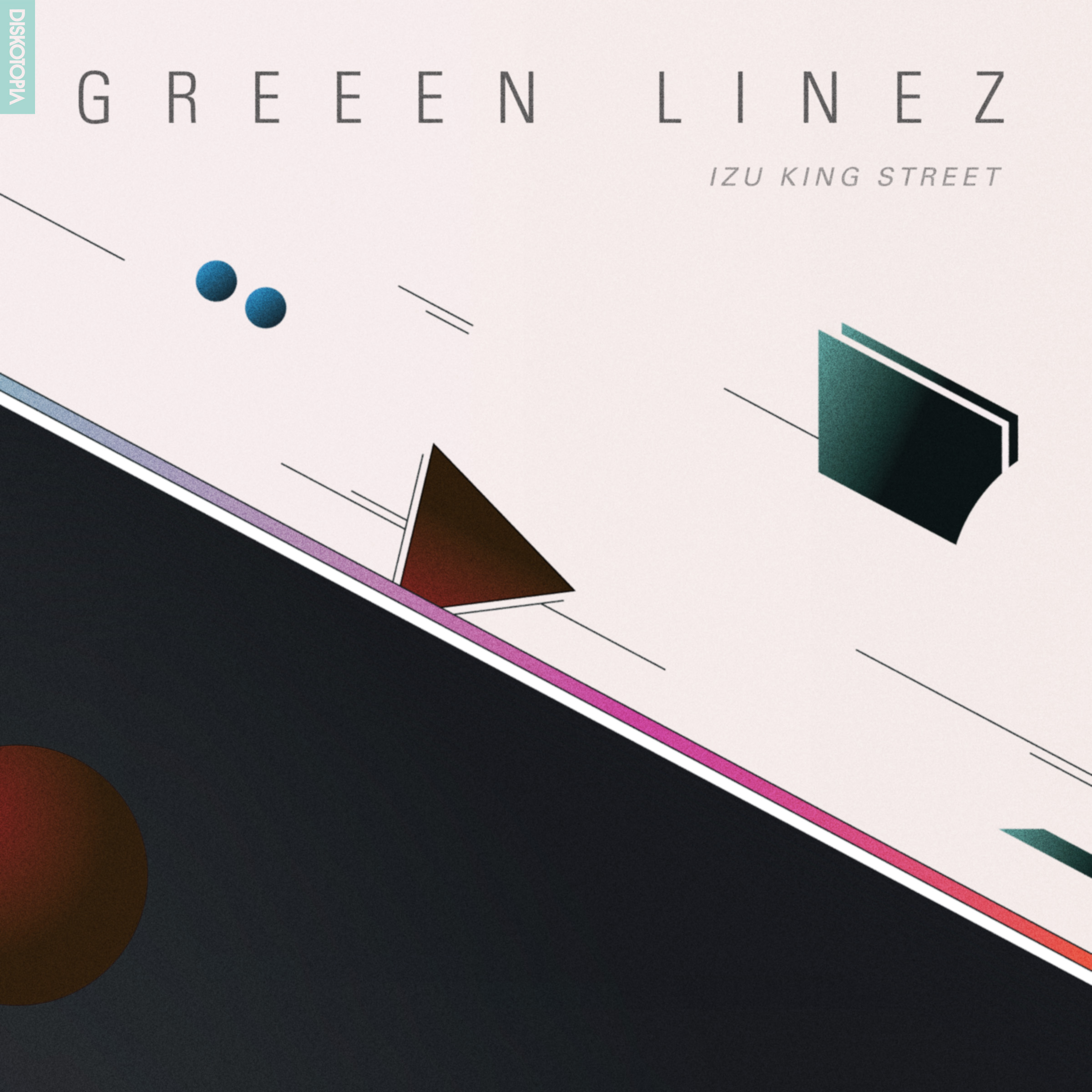 Greeen Linez, the continent-crossing duo of A Taut Line (based in Tokyo) and Chris Greenberg from Honk Kong In The 60s (based in the UK), have announced a summer release for their second album, Izu King Street.

Released once more via A Taut Line’s Diskotopia label, Izu King Street sees the pair take their retro penchant a little forward in time following the focus on californian boogie, dance pop and BGM funk of their debut, Things That Fade.

For this new album the pair have focused their remit on “more melody, more complexity, more ambition and less sampling.” Inspiration wise the likes of Paul Hardcastle and Larry Heard were key figures for “work [that] straddles the boundaries between dance music, new-age/ambient and jazz – and most importantly, as was the aim for this album, creates a self-contained world in which the listener can lose themselves.”

Sonically the pair admit that this all translates into “a journey through a fantasy realm of memories and dreams: from the neon-lit city streets and gleaming corporate spaces of the opening tracks, through the wistful dreamscapes at the album’s heart and on to the tropical heat-haze of the closing numbers.”

The album features collaboration with saxophonist Yoshihiro Nakagawa, from idol group Especia, and guitarist Awa, with whom the pair already collaborated.

Release date is set for August 14, you can view the tracklisting below and hear their collaboration with Awa, ‘Landscape’, which appeared on her earlier EP release.